Ilia Salita was a beloved figure in the Jewish community, a visionary who brought a tremendous amount of knowledge and heart to his work.

An alumnus of Moscow State University, Ilia started his career in academia, later moving into the private sector, focusing on strategic planning, business development, and community-centric marketing. As CEO and President of Genesis Philanthropy Group (GPG), Ilia led the Foundation's efforts to engage and inspire young Jews around the world, create vibrant communities, support Jewish culture, and build bridges to ensure a robust Jewish future, until his untimely passing in June 2020.

A strong believer in taking a data-driven approach to this mission, Ilia brought business-minded practices into the work of GPG and its partner organizations. Doing so has helped the foundation and its partners make smart decisions based on analyses, metrics, and evaluations that represent the objective picture of the particular projects and the philanthropic field in general.

"Ilia was one of those rare people who understood the details, just as well as he saw the big picture. And...he was as interested in the data as he was in the conclusions! Under his leadership, GPG supported many research initiatives done by our partners, but we also introduced an internal data-gathering process that is now the keystone of our grantmaking. I know Ilia would be proud to have a hand in continuing to help the Jewish community make decisions armed with more information and to help reward, as well as incentivize, the work of researchers in this space," said Marina Yudborovsky, CEO of Genesis Philanthropy Group.

"Ilia Salita, who was a beloved friend and supporter of Jewish Funders Network, married the rigor of the engineer to the passion of the activist," said Andres Spokoiny, president and CEO of JFN. "The Ilia Salita Excellence in Research Award, which we established in his honor, will aid Jewish philanthropy worldwide to move ever closer to his ideal — strategic and kind, mentschy and collaborative." 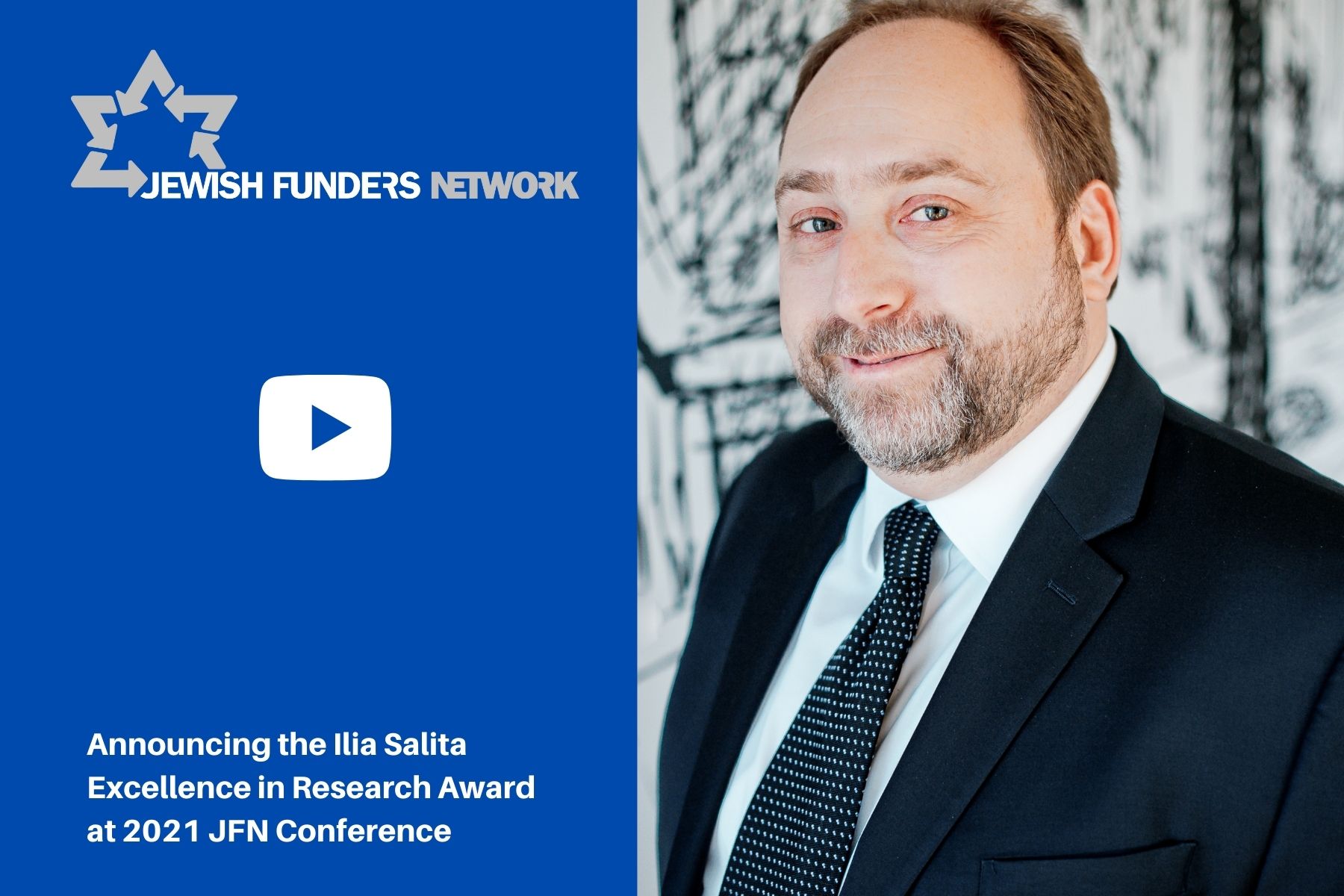