Join the Inter-Agency Task Force on Israeli Arab Issues & Jewish Funders Network
in NYC on Wednesday, October 18th, at 12:00 PM
for a luncheon discussion on

Bedouin Philanthropy in the Negev 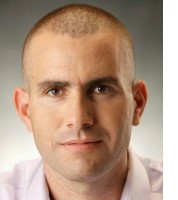 In recent years, a small but growing number of Israel's Arab entrepreneurs are becoming involved in philanthropy to advance social change and development of Arab society. Traditionally a charitable practice in Arab culture, a new generation of business leaders is bringing their resources and know-how to strategic giving, and working to expand philanthropic networks in the process.

Ibrahim Nsasra, a Bedouin businessman from Lakiya in the Negev, has used his success in the transportation industry to launch initiatives that enhance access to employment for women, and STEM education for youth. In doing so, he has engaged other business and civil society leaders and become recognized as an influential change-maker in Bedouin society—by far Israel's most disadvantaged population. How did Ibrahim Nsasra overcome barriers to success himself? What is his vision for the Bedouin society of the future? How are his actions and those of philanthropists like him affecting perceptions of leadership in the community?

A light lunch will be served.