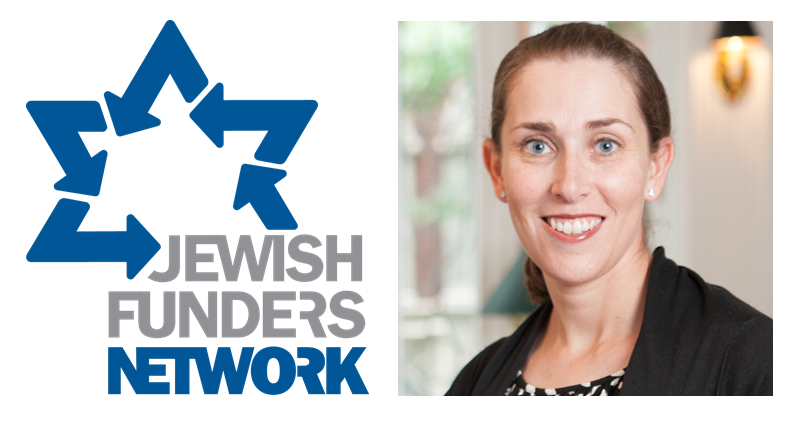 Deena K. Fuchs will join Jewish Funders Network to inaugurate the new role of Executive Vice President. In partnership with JFN President & CEO Andrés Spokoiny, Deena will help JFN to grow and transform as the organization seeks to enhance its role as a catalyst for partnerships and coalitions in the Jewish philanthropic world.

“We’re thrilled and privileged to have Deena join the JFN executive team,” said Andrés Spokoiny. “In her work at AVI CHAI, Deena proved herself a skilled field builder and a master not only of best practices in philanthropy, but also of the critical and rare art of organizing people for change. The whole Jewish philanthropic field will benefit from her leadership.”

“I’m honored and excited to join Jewish Funders Network,” Deena said. “From my work at AVI CHAI, I’ve seen firsthand how JFN brings funders together to make a bigger impact, and I’m excited to be involved as the organization grows and changes to become more proactive and catalytic. I am extremely grateful to AVI CHAI for giving me the chance to see up close how strategic philanthropy can make a difference, and for empowering my leadership.  I’m looking forward to bringing my experience and passion for Jewish life and Jewish philanthropy into this new role.”

The newly created role of Executive Vice President succeeds and supersedes the position of Chief Operating Officer at JFN, a role filled for the last 14 years by Judy Mann, who retires this month. “Judy Mann has played an absolutely vital role in JFN’s past growth and success,” says Spokoiny. “Her skills, wisdom, and perspective leave a lasting and positive legacy for the Jewish philanthropic community. We’ll miss having her around at JFN, and we wish her a joyful and meaningful retirement.” Judy was honored onstage at the JFN 2019 conference in San Francisco.

Simultaneously with the incorporation of the new Executive Vice President role, JFN will also make several changes to its staffing structure as part of its strategic reorientation. Samantha Anderson will be promoted to Vice President for Philanthropic Engagement, tasked with upgrading and expanding JFN’s membership, and will serve as Executive Director of the JFN Center for Jewish Philanthropic Excellence, which will be built as a cluster of activities designed to improve the quality of philanthropic practice in the Jewish community. David Ezer will be promoted to Vice President of Programs.

Jewish Funders Network is the global networking organization for Jewish philanthropists, with members in 13 countries worldwide and offices in New York, Israel, and Los Angeles. JFN members’ annual charitable giving is estimated at over $1 billion. JFN is a community that grows the size and impact of Jewish philanthropy by connecting funders together, empowering individual excellence, and catalyzing collective action. We work for a vibrant, meaningful, inclusive, interconnected, creative, and compassionate world.