This blog series on Jewish educational technology (EdTech), co-presented at the JFN Blog and eJewish Philanthropy, is a project of Jewish Funders Network, the Jim Joseph Foundation, and the William Davidson Foundation.

For an in-depth look at opportunities in Jewish Ed Tech and digital engagement, read Smart Money: Recommendations for an Educational Technology and Digital Engagement Investment Strategy. Later this year, watch for the launch of a new website to help advance the field of Jewish educational technology.

Jewish EdTech in a World of Cognitive Surplus

In an age where everyone has ready access to what would have recently been considered to be a supercomputer, how can an industrial-age educational system adapt to an abundance of knowledge and tools?

The Maker Movement is simple: if you have ever created anything, you are a member of the movement.

Ubiquity, Access, & Availability: How EdTech Can Transform Schools, Homes, & Anywhere In Between

To understand and then appreciate technology’s role in our learning and our lives, we need to understand the essence of what technology is and what it allows us to do. When we move beyond brand names and the latest technical features we can see that technology is meant to allow us to increase our production, communication, and give us the ability to interface and interact with the world around us.

Jewish EdTech: If You Build It, Will They Come?

Developing the Jewish EdTech ecosystem requires an agile investment approach. The optimal framework for this is an application of the Lean start-up methodology, often referred to in the social sector as the Lean Impact Methodology.

Augmented reality tools can be used by teachers and students to enhance Jewish learning.

'Since this is media, how can you know that you’re really having an impact? What proof do you have that video can build Jewish identity or literacy?'

Well-designed Jewish media programs that are informed by best practices from secular educational media are as effective as their peers.

Open is a Winning Strategy for Technology Investment

If we want to elevate the field of Jewish educational technology as a whole, we need to make certain that as many paths as possible are open for exploration.

Even though the Jewish Ed Tech market is small, all parts need to work; the full continuum needs to be in place. Without the luxury of a large market, we need to build a sustainable ecosystem, and we need to build smart.

The world has shifted. Are basic literacy, Jewish culture and Judaic values still adequate to enable Jews to change the world?

EdTech Training: Up, Up and Away

There are many professions that require practitioners to participate in ongoing professional development, and rightfully so. After all, for example, we would not want a patient to be treated by an oncologist using 15 year old technologies. Similarly, we should expect our teachers to approach their students with the latest knowledge of learning theories, best practices, and relevant technologies. Yet, professional development is often under-funded and uninspired in our schools.

A century ago, when my bubbe sat in her fifth grade classroom in a Chicago public school, with 30+ classmates sitting row after row, listening to her teacher lecture, it would have been hard, probably impossible, for her to envision learning today.

In 1911, William Inglis, writing for Harper’s Weekly profiled Thomas Edison’s latest invention that he guaranteed would, “make school so attractive that a big army with swords and guns couldn't keep boys and girls out of it.” The technology was Edison’s filmstrips, and the promise was that it would reduce costs and create a more engaging and effective educational experience for students.

When you care about successful technology integration in your local Jewish school, what is the most effective way to provide support? 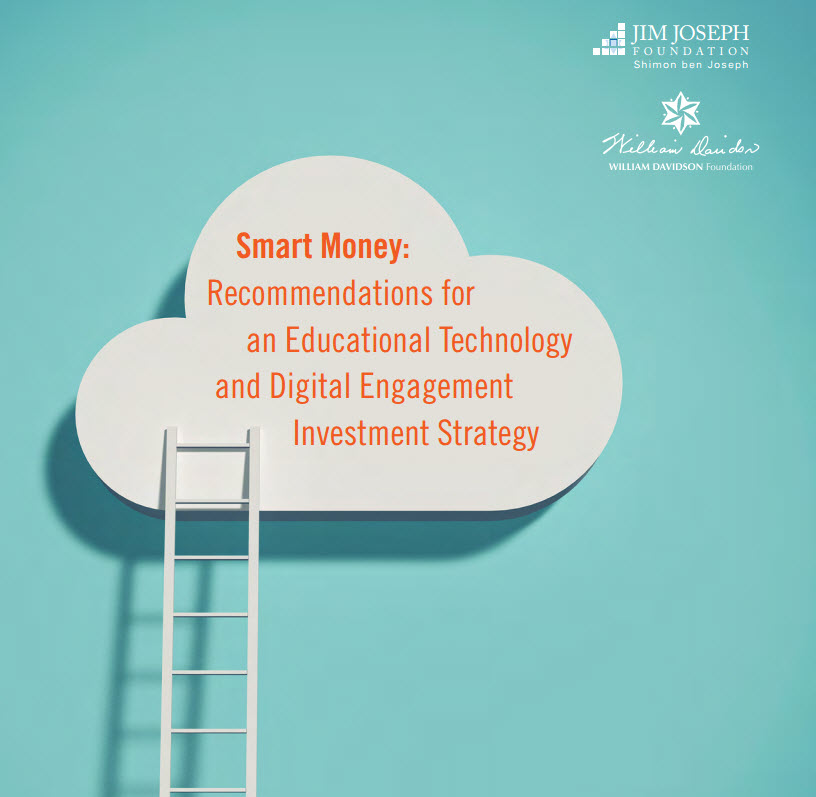 Sponsored by the Jim Joseph Foundation and the William Davidson Foundation