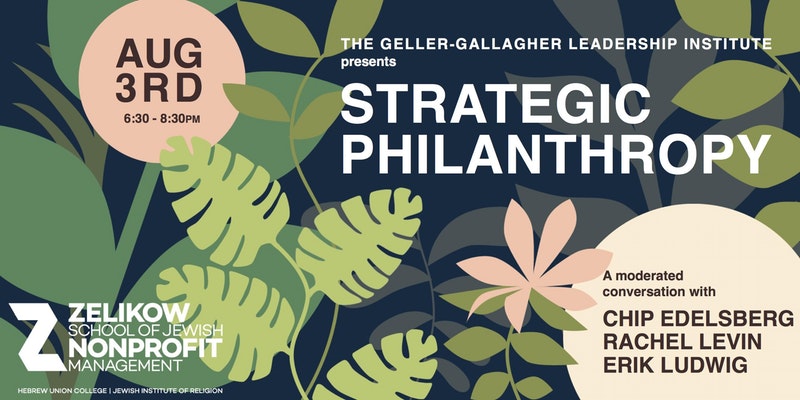 A conversation exploring the value of strategic philanthropy in the Jewish communal landscape with: