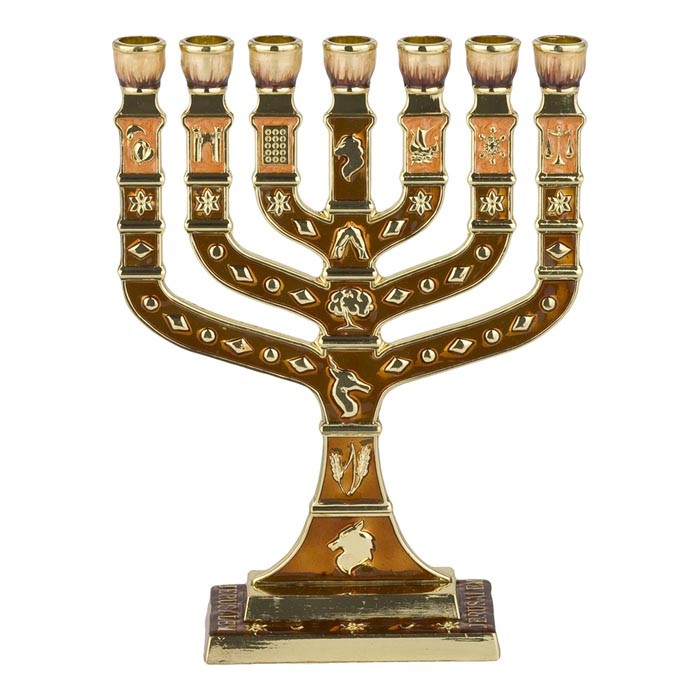 The rabbis of the Talmud didn’t like Chanukah. No, really. They didn’t.

But they had good reasons. Many of them had survived the catastrophic revolt of Bar Kochva that, more than the destruction of the Temple, was the starting point of the long and tragic Jewish exile. They were traumatized by the horrendous loss of life – that historian Simon Dubnow puts at half a million – and they were extremely afraid of another suicidal revolt against the Roman Empire.

After the fall of Masada, and after destruction of Beitar, Bar Kochva’s last stronghold, the rabbis advocated for accommodation with the emperor and the secular rulers. That became the paradigm that would accompany the Jews in exile. ”We would probably bend,” they said, “but we won’t break.”

In that context, a holiday that ostensibly celebrates a revolt against the oppressor was more than problematic. It was precisely what the rabbis desperately tried to discourage. But what could they do? They couldn’t just ignore Chanukah. It was there. People knew of the Maccabees.

Enter the miracle of the oil. Think about it: enormous portents had happened during the Maccabee revolt. A small band of farmers defeated the mightiest empire of the time. And yet, the rabbis instruct to celebrate a little, inconsequential miracle. The oil lasted eight days, so what? Couldn’t we wait a week to light the menorah? And yet, pages upon pages of Halacha are written about how to light the hanukiah; our dreidels mention the “big miracle” that happened there; and we clog our arteries with oily latkes and donuts.

In modern times, however, things changed. The Zionist idea needed role models that were different from the frail and oppressed Jews of the ghetto; heroes that took history in their hands, challenged insurmountable odds and won. So the Maccabees, barely mentioned in the Jewish liturgy, were revived by Zionist leaders. Herzl wrote “The Maccabees will rise again,” Jabotinsky proudly declared “Yes, they have arisen – the children of those whose ancestor was Judah, lion of the Maccabees. Some converted Modi’in, the village where the Maccabees were born, into a site of pilgrimage and Ben Gurion wanted Hanukah to be one of the central celebrations of the Jewish State. Maccabiah games celebrated Jewish physical strength as shown by Judah and his brothers.

An interesting shift appeared in the songs of the holiday. If the traditional “Maoz Tzur” doesn’t mention the Maccabee revolt, the modern “Mi Ymalel” ignores the business of the oil. It says that “in every generation will raise heroes that will fight for the people.” It goes on to say that “the Maccabees were saviors and, in our days, the entire people of Israel will rise, unite and be redeemed.” The Talmudic rabbis would have been scandalized.

I know what you are thinking: why are you aseptically dissecting a beautiful holiday with a cold historical analysis? What about light vanquishing darkness and ‘feel-good’ messages of hope and joy? You’re probably saying “you took all the magic out.”

The magic of Judaism, and probably one of the secrets of its survival, is its capacity to adapt. We survive because our traditions have the richness and flexibility to yield new meanings that are relevant for every generation. Our tradition is a never-ending spring of meaning, significance and comfort. It opens like a flower, offering its beauty in layers upon layers of meaning. It lets each of us find a relevant message, a potent kernel of wisdom and a reason for joy.

Our understanding of Chanukah evolved. For some, the menorah represents the miracle of the oil, for others it’s a way to pay homage to the daring and courage of our heroes, modern and ancient. These changes don’t weaken the importance of the holiday; rather, they show a fundamental truth about Judaism’s unique ability to execute a beautiful dance between tradition and change, between permanence and evolution.

Chanukah 5774 finds us reeling from some hard findings about Jewish identity in America. Some spin the new realities positively; some view them with fear, even panic. And yet, Chanukah, in its own story of mutations, presents the possibility – and urgency – of reinventing ourselves to face new realities. It tells us that finding new meaning in old sources is possible, that we have the opportunity – and the obligation – to find in our millenary tradition the responses to the crises of our times.

If we can’t all be Maccabees, each of us can be a spiritual warrior of change and hope. Each of us can contribute to reinventing our communities, our institutions and our synagogues so they provide the meaning that we desperately crave.

The true miracle of Jewish continuity is this delicate and beautiful balance between ancient and modern, between holy and profane, between faith and determination. It’s the respect for the past and the chutzpah to change, it’s venerating and daring, preserving and discarding.

So, maybe the miracle of light is not so inconsequential, after all. As the life of the oil was extended, we extend the life of our traditions by helping each other find new messages and evolving meaning. Thus, the oil lasted for eight days, thus our people live forever.