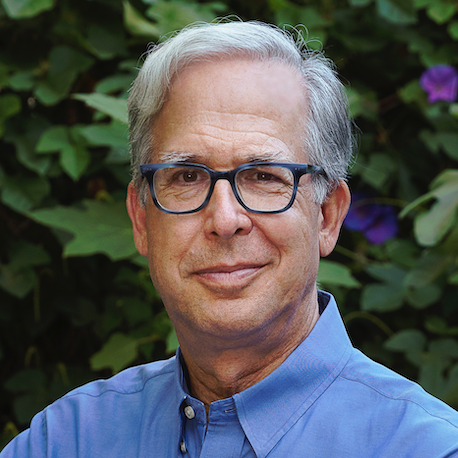 Andy Goodman is co-founder and director of The Goodman Center, which teaches communications and marketing professionals how to reach more people with more impact. Along with "Storytelling as Best Practice," he is the author of "Why Bad Ads Happen to Good Causes" and "Why Bad Presentations Happen to Good Causes." He also publishes a monthly journal called "free-range thinking" to share best practices in the field of public interest communications.

Andy is internationally known for his speeches and workshops on storytelling and has led over 500 trainings for clients including CARE, The Nature Conservancy, Boys and Girls Clubs of America, NOAA, the San Diego Zoo, MIT, Princeton, the Bill and Melinda Gates Foundation, the Robert Wood Johnson Foundation, GE, Bank of America, and many others.

He has designed a communications curriculum for the College for Social Innovation in Boston as well as for the African Leadership University in Mauritius. When not teaching, traveling, or recovering from teaching and traveling, Andy serves on the advisory board of the Institute for Human Caring.

For more information about his work, please visit www.thegoodmancenter.com. 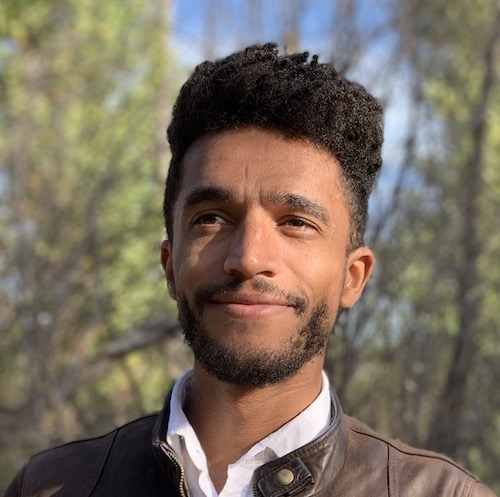 Ezra Edmond is a writer, director, and Producer from Los Angeles. Born with a strong imagination and passion for telling stories, he studied animation and screenwriting at the University of Southern California, learning to produce as a means to turn his projects from dreams into realities. An avid traveler with a biracial background, Ezra believes that stories can come from anywhere and anyone and that fostering a genuine connection with the crew and collaborators is what yields the best results onscreen. Over the past 10 years, Ezra has developed stories for web and screen, created VFX (visual effects) for shows including "Key & Peele," "The Good Wife," and "Outlander," and has produced and directed animated content for Disney, Pixar, Lucasfilm, Google, LEGO, and others. His short animated film "Blewish" (based on growing up both Black and Jewish) was an official selection at both the Chicago International Children's Film Festival and Cucalorus 27. Learn more about Blewish at http://blewishshortfilm.com/. Ezra is currently writing and illustrating a children's book planned for release in 2023 by Charlesbridge Publishing. Ezra is featured in the second edition of "Your Career in Animation: How to Survive and Thrive" by David B. Levy and is an active member of ASIFA-Hollywood (International Animated Film Society), WIA (Women in Animation), and CTN (The Creative Talent Network). For more information, check out www.EzraEdmond.com 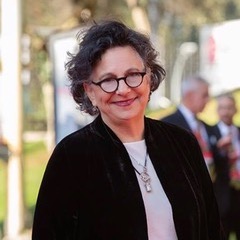 An award-winning filmmaker, Roberta Grossman co-founded the nonprofit artist support organization Jewish Story Partners with lead funding from Steven Spielberg and Kate Capshaw’s Righteous Persons Foundation. She is a member of the Academy of Motion Pictures Arts and Sciences and the Writers Guild of America. Roberta has written, directed, and produced more than 40 hours of film and television. She released "Who Will Write Our History" in 2018. Also in 2018, she co-directed and produced the Netflix Original Documentary "Seeing Allred," about women’s rights attorney Gloria Allred. "Seeing Allred" premiered in competition at the 2018 Sundance Film Festival. In 2014, Roberta directed "Above and Beyond" for producer Nancy Spielberg. Roberta's 2012 "Hava Nagila (The Movie)" was the opening or closing night film at more than 30 film festivals. "Blessed Is the Match: The Life and Death of Hannah Senesh," Roberta's 2008 film, was shortlisted for an Academy Award, aired on PBS/Independent Lens, and was nominated for a Primetime Emmy. Roberta produced "Dorothea Lange: Grab a Hunk of Lightning," which aired on PBS/American Masters in 2014, and was the series producer and co-writer of "500 Nations," the eight-hour CBS series on Native Americans hosted by Kevin Costner. Her film "Homeland: Four Portraits of Native Action" aired on PBS in 2005. Roberta received the Taube Jewish Peoplehood Award in 2020. The award honors Jewish men and women who have worked to foster pride in Jewish identity and heritage for new generations, making a uniquely Jewish contribution to global culture.