Matsa, a Program Officer for Crown Family Philanthropies, wins award honoring foundation professionals 40 and under who have demonstrated extraordinary leadership in Jewish philanthropy 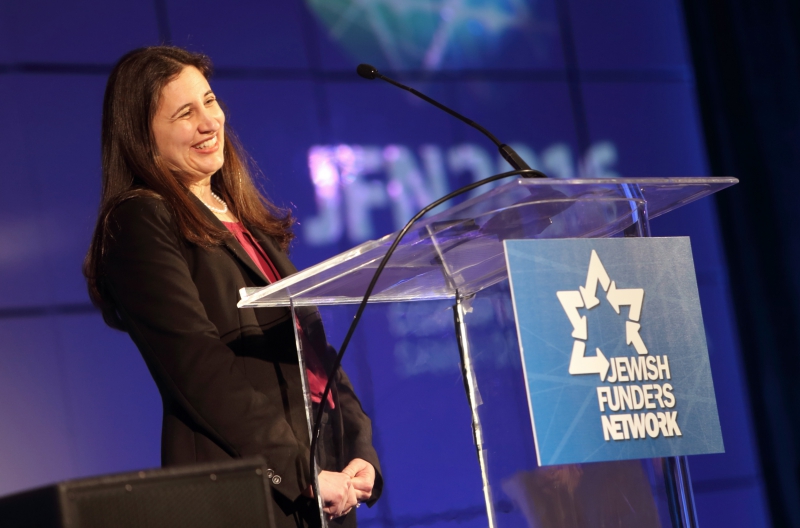 Jewish Funders Network awarded the 2016 JJ Greenberg Memorial Award to Lesley Matsa, Program Officer for Crown Family Philanthropies, in a ceremony on April 4th at the 2016 JFN International Conference. Matsa, age 37, is the 13th recipient of the annual award, which honors foundation professionals 40 and under who have demonstrated extraordinary leadership in Jewish philanthropy.

"Lesley is an amazingly strong thought partner, both internally at Crown and externally in the field of philanthropy and Jewish communal service," says Caren Yanis, President of Crown Family Philanthropies. "She is one of those rare people who live and act in the world by a set of Jewish values. She works to strengthen the sector and understand very intimately the meaning of tikkun olam and the importance of modeling Jewish leadership in a world that often seems broken." Yanis also praises Matsa's ability to skillfully engage a variety of stakeholders over time, and provide multiple alternative ways of analyzing complex issues.

"Lesley is the model of modesty in a privileged role," adds Kimberly Miller Rubenfeld of the Circle of Service Foundation, "And her ability to toggle between national and regional concerns in Jewish philanthropy is brilliant." Deena Fuchs of the AVI CHAI Foundation agrees. "Lesley has a beautiful, and quite rare, combination of humility, thoughtfulness, and intelligence," says Fuchs.

The JJ Greenberg Memorial Award was created and endowed by his family, friends and colleagues as a memorial for Jonathan Joseph Greenberg following his untimely death in a traffic accident in 2002, when he was just 36. The Award is presented annually to an individual who, like JJ, has exemplified through words and deeds the highest of Jewish values and the relentless pursuit of excellence in all aspects of life. Learn more at jfunders.org/jj