The Genesis Prize Foundation (GPF) and the Jewish Funders Network (JFN) today launched “Breaking Barriers”, a matching grant program in honor of 2016 Genesis Prize Laureate Itzhak Perlman. The initiative will promote the inclusion of people with disabilities in all aspects of Jewish communal life, echoing Mr. Perlman’s lifelong dedication to breaking barriers and creating a society fully inclusive for people of all abilities.

This is the second matching grant collaboration between the Genesis Prize Foundation and Jewish Funders Network, following the 2015 Avenues to Jewish Engagement for Intermarried Couples and their Families, in honor of the 2015 Genesis Prize Laureate Michael Douglas, which generated $3.3 million in new funds. These matching grant initiatives mobilize the philanthropic community to increase the number of funders and grant dollars supporting their respective causes. 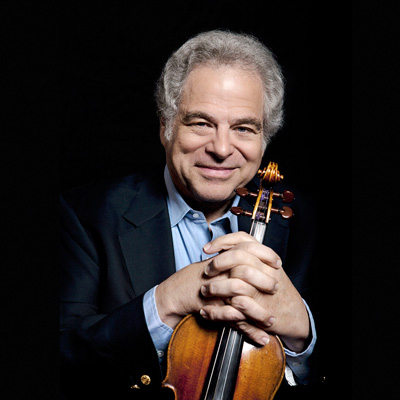 The Genesis Prize is a $1 million annual award, honoring individuals who have attained excellence and international renown in their chosen professions, and who inspire others through their engagement and dedication to the Jewish community and/or the State of Israel.

On June 22nd in Jerusalem, Itzhak Perlman received this prestigious award for his outstanding achievement as one of the most preeminent classical musicians in the world and for his unceasing dedication to improving the quality of life and opportunities available to people with disabilities. Michael Douglas was the 2015 Genesis Prize Laureate and former Mayor Michael Bloomberg was the Inaugural Laureate in 2014.

In lieu of accepting the prize money, Mr. Perlman has allowed for the funds to be used promote inclusion and breaking barriers in both North America and Israel. In Israel, an additional $500,000 will be dispersed through grants from Matan-United Way Israel. In North America a fund of $1 million was created with the additional generosity of philanthropist Roman Abramovich. This combined approach will generate over $3 million in new philanthropic investment through the matching grant initiative and the activity in Israel.

“I am honored to be part of ’Breaking Barriers’,” said Itzhak Perlman, “And to have the opportunity to encourage other funders to join this critical initiative so that each person, regardless of his or her abilities, will have the opportunity to maximize their potential and to participate as full members of the community. This is a great opportunity to open more doors and accept all who choose to enter.”

“Once again the Genesis Prize has the honor of celebrating the achievements of an individual who, through his passion and dedication to Jewish values, desires to improve the lives of others,” said Stan Polovets, Co-founder and Chairman of the Genesis Prize Foundation. “The Genesis Prize is proud that its 2016 Laureate has highlighted a timely and critical issue, which with increased attention will strengthen the Jewish community and all of society.”

“JFN is thrilled to continue bringing inclusion of people with disabilities to the forefront of the Jewish philanthropic agenda,” said Andrés Spokoiny, President & CEO of JFN. “Jews of all abilities are the community’s constituents. Proactive inclusion of people with disabilities has to be incorporated into the planning and execution of everything we do. This matching grant initiative will move us further in that direction.”

Grants in the US or Canada of $25,000 to $75,000 will be matched dollar for dollar. An organization whose primary mission is to serve people with disabilities may receive grants for general operating support. Organizations with a broader mission may receive project support. Priority will be given to organizations that seek to create lasting, systemic change. All information about the matching grants fund, including eligibility criteria, the submission process, and the application itself, is available on the matching grant website: breakingbarriers-match.org.

About The Genesis Prize Foundation

The Genesis Prize seeks to recognize individuals who have attained excellence and international renown in their chosen professional fields, and who inspire others through their engagement and dedication to the Jewish community and/or the State of Israel. The Prize, in the amount of $1 million—endowed by the Genesis Prize Foundation and awarded annually by the Prime Minister of Israel— was established by a unique partnership among the Office of the Prime Minister of the State of Israel, Genesis Prize Foundation, and the Office of the Chairman of the Jewish Agency for Israel.

JFN is an international organization dedicated to maximizing the quality and impact of Jewish philanthropy. Our members include independent philanthropists, foundation trustees, and foundation professionals. JFN leverages the power and the creativity of networks to make change. The Matching Grants Initiatives of JFN are part of an innovative strategy to increase the base of donors and funding for a given field of Jewish philanthropy. Since their inception in 2004, matching grants have generated more than $90 million in new funding for Jewish causes. For more information, see jfunders.org