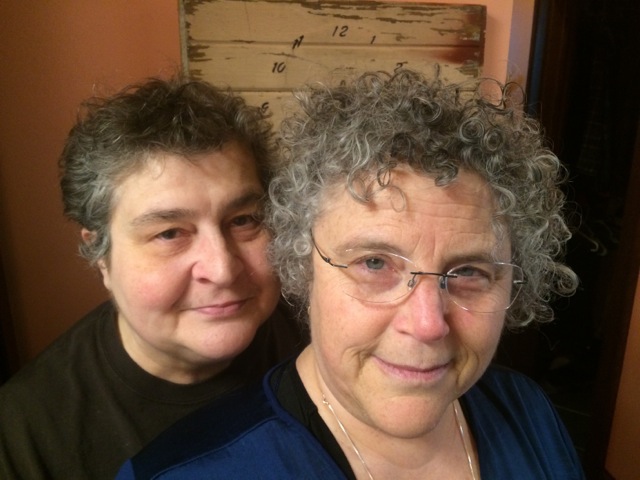 When Jennifer Langton was hired as the first full-time employee of the Amy Mandel and Katina Rodis Fund, she didn’t know how she’d use all of her work time. “They weren’t sure there would be 40 hours of work,” Amy and Katina said. “Now we even have another part-time employee, almost full time.

The program that evolved to fill Langton’s time (and now also the time of her colleague, Nancy Asch) is now known as the Tzedek Social Justice Residency, a civil rights leadership development program in Asheville, North Carolina based on Jewish values and committed to empowering the LGBT community, and other marginalized communities. Each year, the Residency selects young adults to do meaningful, full-time work in Asheville within a local nonprofit organization. Residents are also mentored and trained on issues at the intersection of race, class, gender, sexuality, faith traditions, and ethnicity. 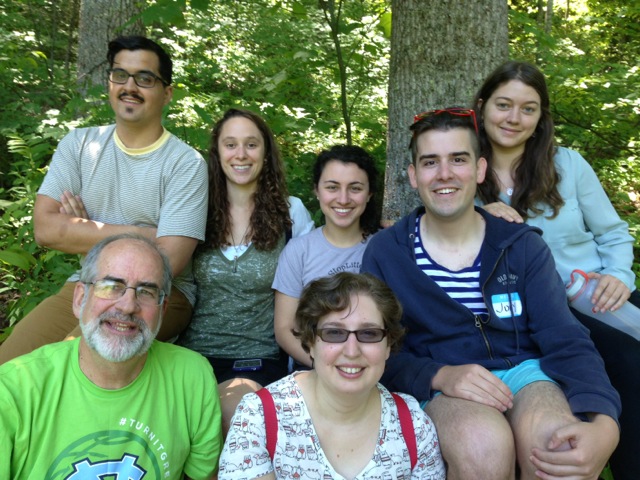 The program began with just two self-identified straight Jewish individuals who were committed advocates. Now looking forward to its fourth year, the Residency has tripled in participants. In 2016 there will be six Tzedek Residents working with a variety of nonprofits and academic institutions, and participating in an educational curriculum, administered by Langton and Asch, to learn more about acting as effective advocates. Residents are also encouraged to attend as many conferences and convenings as possible to expand the scope of their knowledge and experience. All residents are required to attend the annual Creating Change Conference, now in its 28th year and welcoming 4,000 extremely diverse participants. The year-long curriculum includes workshops on various aspects of nonprofit work provided by the Duke Nonprofit Management Program and the local Community Foundation of Western North Carolina. All residents must also participate in their local Toastmasters club to gain practice in public speaking.

Speaking with Amy Mandel and Katina Rodis, principals of the Fund that bears their names, we learned a great deal about the history of the modern LGBT rights movement. Mandel and Rodis stress that their work is part of a broader struggle for justice, and despite focusing much of their work on their home state of North Carolina, their commitment to making positive change on the global, national, and local scale keeps their lens open to a larger picture. The rise of LGBT activism in America dates back to the Stonewall Riots of 1969, manifesting itself in the Gay Liberation Movement of the early 1970s. Not long after, the civil rights-centered LGBT Rights Movement combined cultural liberation with legal and civic action. The 1980s and 1990s ushered in an evolution in gay rights in which different members and movements shifted their focus to issues such as AIDS, transgender, and youth community support. In the last decade, activism around legalizing same-sex marriage has successfully paved the way for the Supreme Court ruling this past June, making the United States the 17th country in the world to legalize same-sex marriage nationally. This history serves as a backdrop for the work of the Tzedek Social Justice Residency program, reminding its staff and funders that the needs and opportunities of each era may not exactly match the recent past, requiring leaders and programs to evolve organically with the times. The program’s goal, therefore, is to graduate leaders who will adapt their own development to the expanding social justice landscape, ultimately creating a cohort of educated, engaged, and passionate advocates leading among people in minority and marginalized populations.

The Tzedek Social Justice Residency expresses the deep commitment of the Foundation to the values of repairing the world( tikkun olam), equitable giving (tzedakah), and leadership (hanhagah). The Mandel family also has a longstanding tradition of supporting leadership development, and the Residency is a clear extension of that tradition. The program is based in Jewish values and incorporates the learning of these values with local Jewish leaders and rabbis, but it is not exclusively Jewish, and accepts young adults from all backgrounds who are interested in effecting change around civil and human rights in the United States, and beyond. “We want to graduate people who know how to be leaders of, or allies to, all marginalized communities,” says Rodis. “Jews and gentiles learning with and from each other can be a powerful force against antisemitism,” Langton adds.

Mandel and Rodis believe that philanthropists can continue to effect change in LGBT issues by engaging in meaningful conversations about values. The Obergefell v. Hodges victory at SCOTUS was the result of a national change in the hearts and minds of the public, informed by the basic values LGBT advocates invoked as they sought access to their basic human rights. Moving forward, the Amy Mandel and the Katina Rodis Fund aims to support more conversations that will lead to a broader set of rights for all minorities, including the LGBT community.

At Jewish Funders Network, we look forward to convening and participating in conversations on these topics, intersecting as they do with our own values of b’tzelem Elohim (equality) and derech eretz (respect). We hope you’ll contact us with your questions, ideas for programs, and ways to keep the conversation moving toward meaningful change.