Dr. Georgette Bennett, JFN's board chair, was among the inaugural recipients of the Global Impact Awards. The awards were presented on January 16th at a gala event in Tel Aviv, in the presence of the President of the State of Israel, Reuven Rivlin, to humanitarians who have excelled in making a positive impact in the developing world. 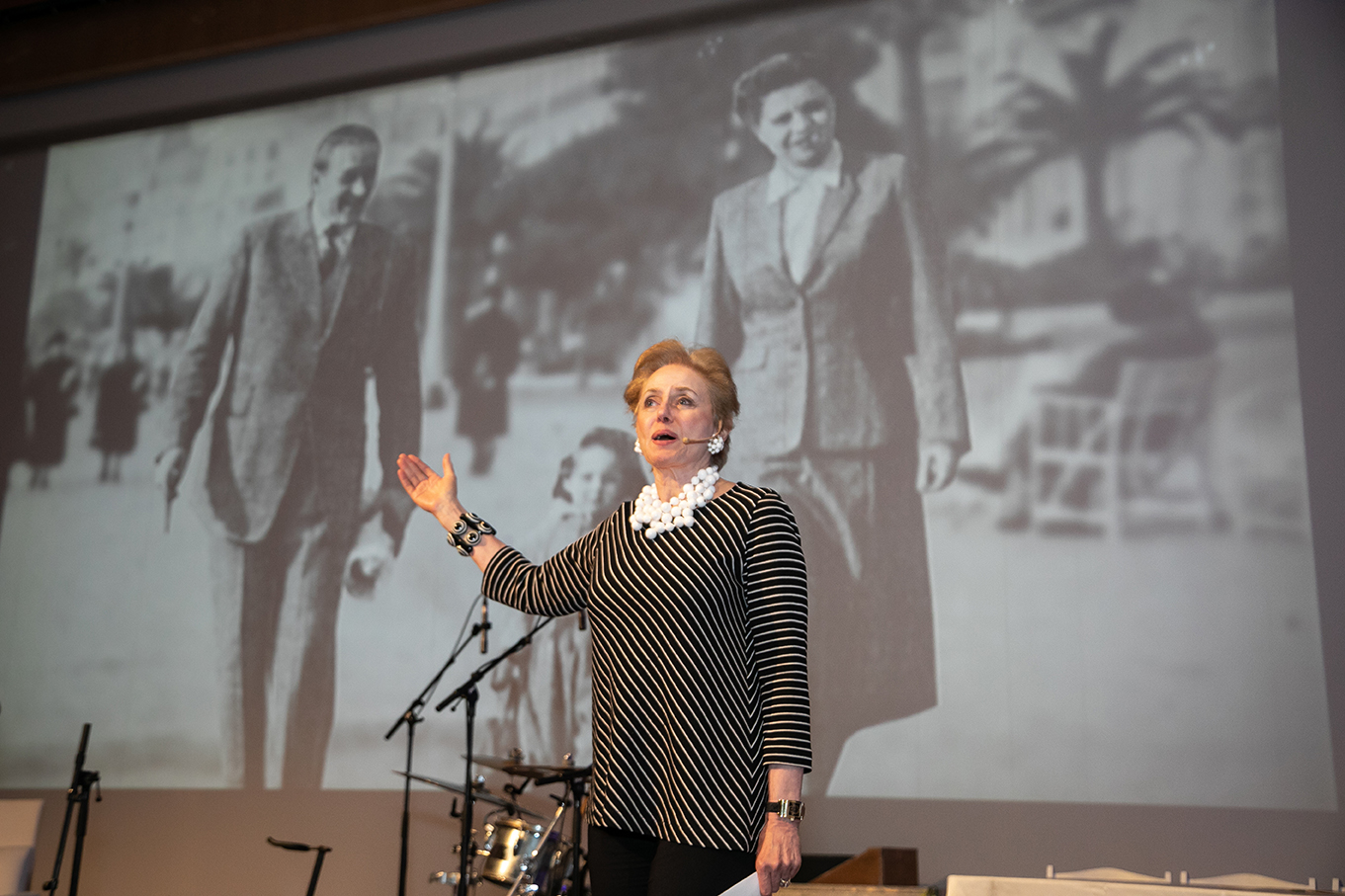 The awards are a joint initiative of the Society for International Development (SID) Israel, Walla! News and OLAM, an organization designed to help advance the global Jewish service movement that  functions as a coalition of 54 organizations dedicated to promoting, enhancing and showcasing the impact of Jewish organizations and individuals in the field of global volunteering, aid and development, alongside several other partners.

Dr. Bennett, a child of Holocaust survivors and a refugee, was recognized for her ground-breaking work at the Multifaith Alliance for Syrian Refugees (MFA), the USA’s leading interfaith response to the Syrian refugee crisis. Over the past 2 years, MFA has shipped $120 million of relief items to Israeli ports, where they were then transported by the IDF to the Golan Heights and turned over to NGOs in southwest Syria. This effort sustained hospitals and family clinics, equipped a maternity ward, and established a baking facility.

"Dr. Bennett is the embodiment of why we created this award in the first place. Not only has she transformed the lives of vulnerable Syrian refugees, but she has done so in deep partnership with Israel and the global Jewish community," said Dyonna Ginsburg, Executive Director of OLAM. 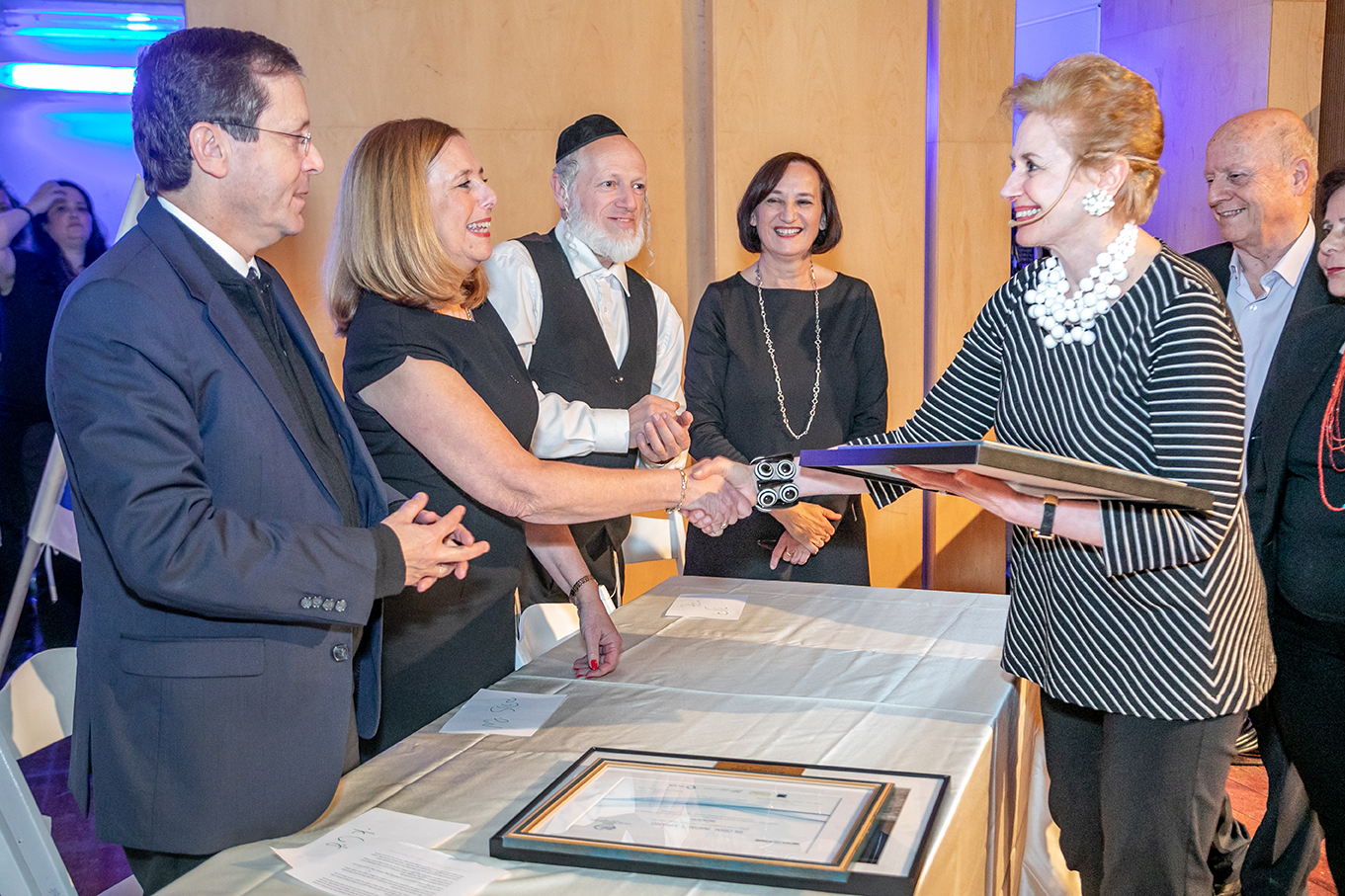 The winners are six Israeli ventures, non-profits, and individuals and two non-Israeli citizens who have contributed meaningfully towards global volunteering, international development, and humanitarian aid while forging partnerships between Israel and global Jewry.

“The winners here tonight, the organizations, the men and the women who will come up onto the stage, represent the best of our academic research, the best of Israeli innovation that has produced companies, innovations and technology of a quality and a quantity that is unparalleled in the world,” President Rivlin said. “They also represent civil society, where the depth of specialization and the level of passion have made it ground-breaking, and the cooperation between Israel and Jewish communities around the world which brings a breath of fresh air, and acts as our force multiplier to do good in the world.”

Among the members of the public award committee was UK Chief Rabbi Efraim Mirvis, who recently headed  the Jewish delegation at Impact for Good in Ethiopia, a conference which took place in Addis Ababa in May, which brought together and encouraged greater partnership between public, private, and voluntary sectors in Israel and Ethiopia together with funders and practitioners from the Jewish world, led by President Rivlin.

“Often, the tireless efforts of those who selflessly dedicate themselves to changing the world for the better are left unrecognised and it is only right that we champion their achievement,” said Chief Rabbi Mirvis. “It was an honour for me to be involved in this year’s awards. I very much hope that they help to highlight our collective responsibility to those less fortunate than ourselves and inspire those of us in the Diaspora to bring Israel ever closer into our lives.” 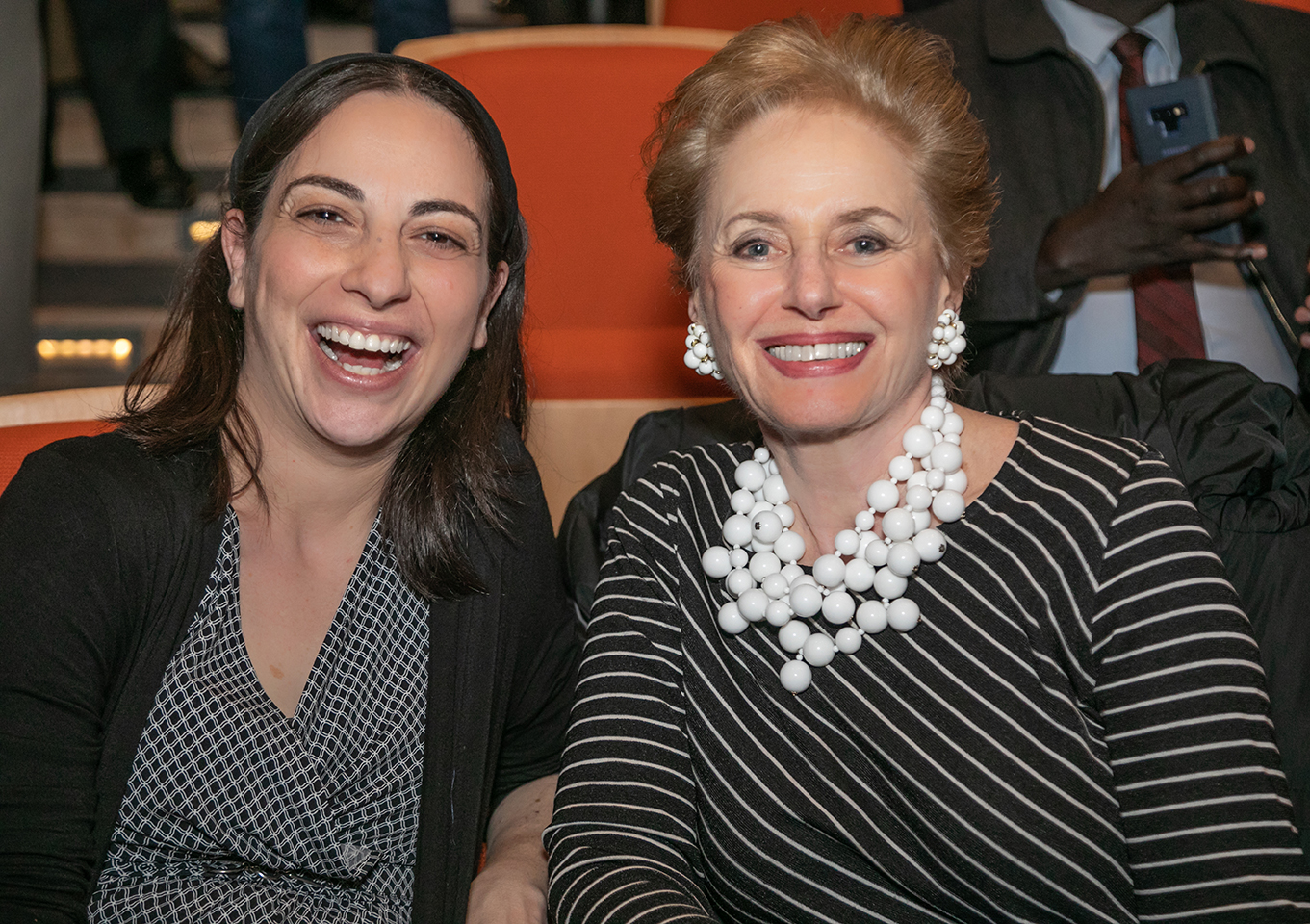 Jean-Claude Nkulikiyimfura, Executive Director of Agahozo-Shalom Youth Village (ASYV), was recognized for his ground-breaking work at ASYV, a holistic living and learning community in Rwanda modeled after the Israeli youth village Yemin Orde. ASYV provides an education and a home to more than 500 vulnerable Rwandan youth a year. As of 2018, 80% of alumni were enrolled in or had graduated from higher education programs. ASYV partners with numerous Jewish organizations, including American Jewish Joint Distribution Committee; hosts Jewish volunteers from around the world; and houses a solar field built by the Israeli company Energiya Global.

"Under Jean-Claude's leadership, ASYV embodies the values underlying this unique award. Not only has ASYV impacted over 1,200 vulnerable Rwandan youth, but it has done so together with Israel and the global Jewish community," said Ginsburg. 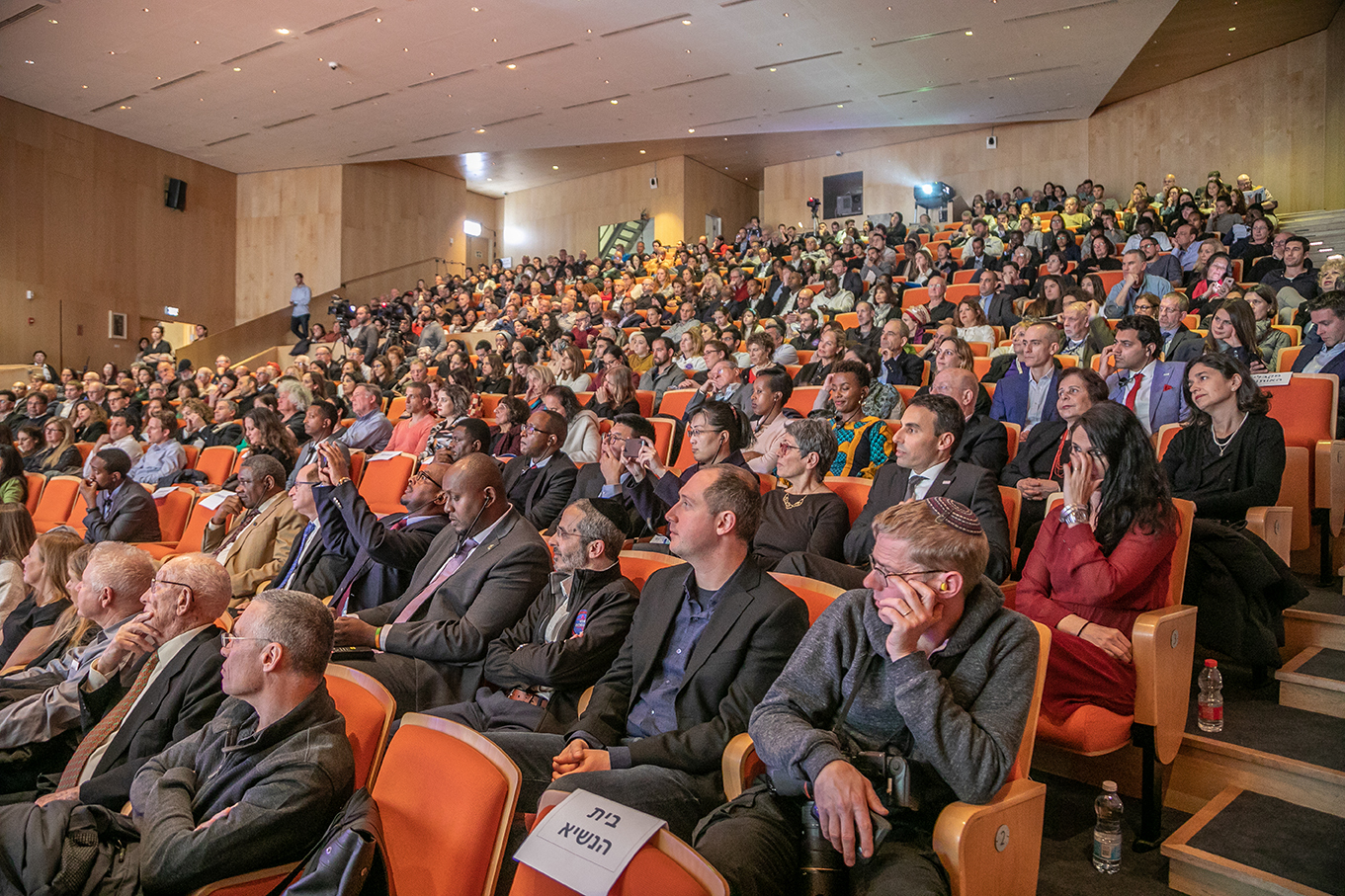 The award ceremony highlights Israel's commitment to international development and to strengthening the relationship between Israel and Diaspora Jewish communities through the work of tikkun olam.