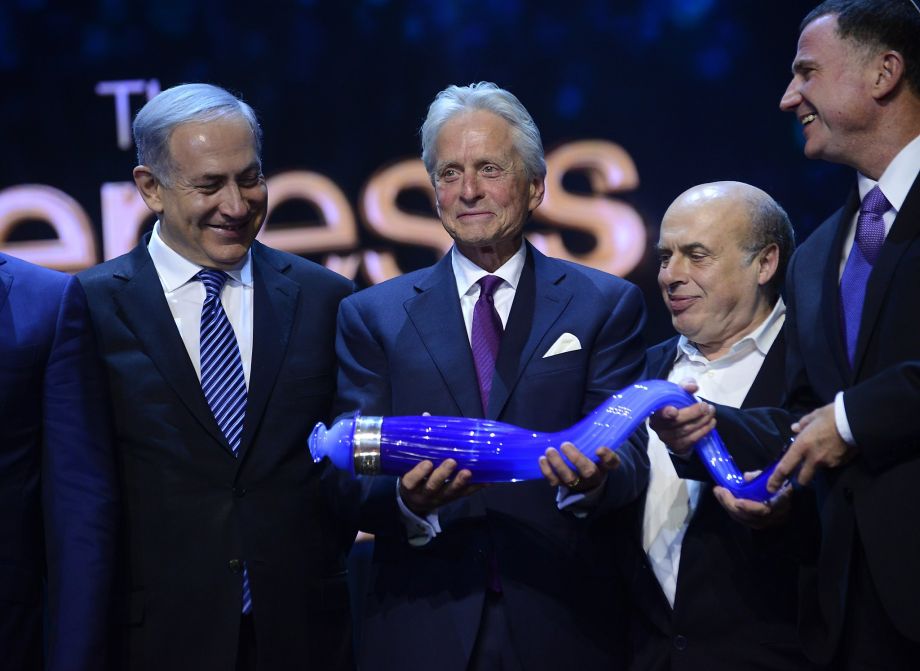 NEW YORK (May 22, 2016) –Jewish Funders Network (JFN) today announced the recipients of funding under the matching grants program, created in honor of 2015 Genesis Prize Laureate Michael Douglas. The announcement, made at the 5th annual Jerusalem Post Conference in New York, identified 28 projects under Michael Douglas’ chosen theme,Avenues to Jewish Engagement for Intermarried Couples and their Families. The projects will result in $3.3 million in new funds being dedicated to this philanthropic area.

“Today the Jewish world opened its doors a little wider,” said Andrés Spokoiny, President & CEO of JFN. “And the impact goes beyond these grants. The gifts being matched, as well as the whole range of amazing projects that were submitted, represent new donors and newly increased levels of giving that this area has never seen before. I want to express my gratitude to the Genesis Prize Foundation and other philanthropists, who were inspired by Michael Douglas, to support this critically important initiative that will have a transformative effect on Jewish life all over the world.”

Academy Award winning actor, activist and supporter of Israel Michael Douglas won the Genesis Prize in 2015. In lieu of accepting the prize money, he redirected the funds to promote inclusion and diversity in Jewish life, including a $200,000 gift to the Jewish student organization, Hillel International.

The remainder of the award, combined with an additional $1 million gift from philanthropist Roman Abramovich, created a matching grant initiative that was administered by Jewish Funders Network, the global network organization for Jewish philanthropists. (For more details on the program, please see Background.)

The winning projects due to receive funding include:

The full list of recipients is available in the Background section.

“I am very pleased with the breadth, scope and innovative spirit of the projects that received funding,” said Michael Douglas. “No doubt, they will open the door to many intermarried couples and their children who wish to connect with their Jewish roots.”

Michael Douglas followed the tradition of re-gifting the $1 million Genesis Prize award, a tradition established by Michael R. Bloomberg, the inaugural Genesis Prize Laureate. Bloomberg deferred the $1 million award to fund the Genesis Generation Challenge, a competition for young social entrepreneurs. Violinist Itzhak Perlman, who will receive his Genesis Prize in June, has announced that he will direct his $1 million, plus another $1 million matched by philanthropist Roman Abramovich, to philanthropic projects which support individuals with disabilities and to those in the field of music. Details will be announced in June during his trip to Israel to accept the Prize.

The goal of Avenues to Jewish Engagement for Intermarried Couples and their Families was to mobilize the philanthropic community to increase the number of funders and grant dollars, supporting organizations and projects that foster a culture of acceptance within the Jewish community. The particular focus of the grant program was to enhance opportunities for Jewish involvement available to intermarried Jews, their life partners and their children.

The matching grant’s review committee received 81 applications from 14 countries representing over 100 unique funders for this grant opportunity. The 28 winning recipients span seven countries: the United States, Israel, Germany, Russia, Ukraine, Poland, and China. Each of the organization’s projects will run for up to two years, with periodic assessments of their success and impact to be submitted to JFN. 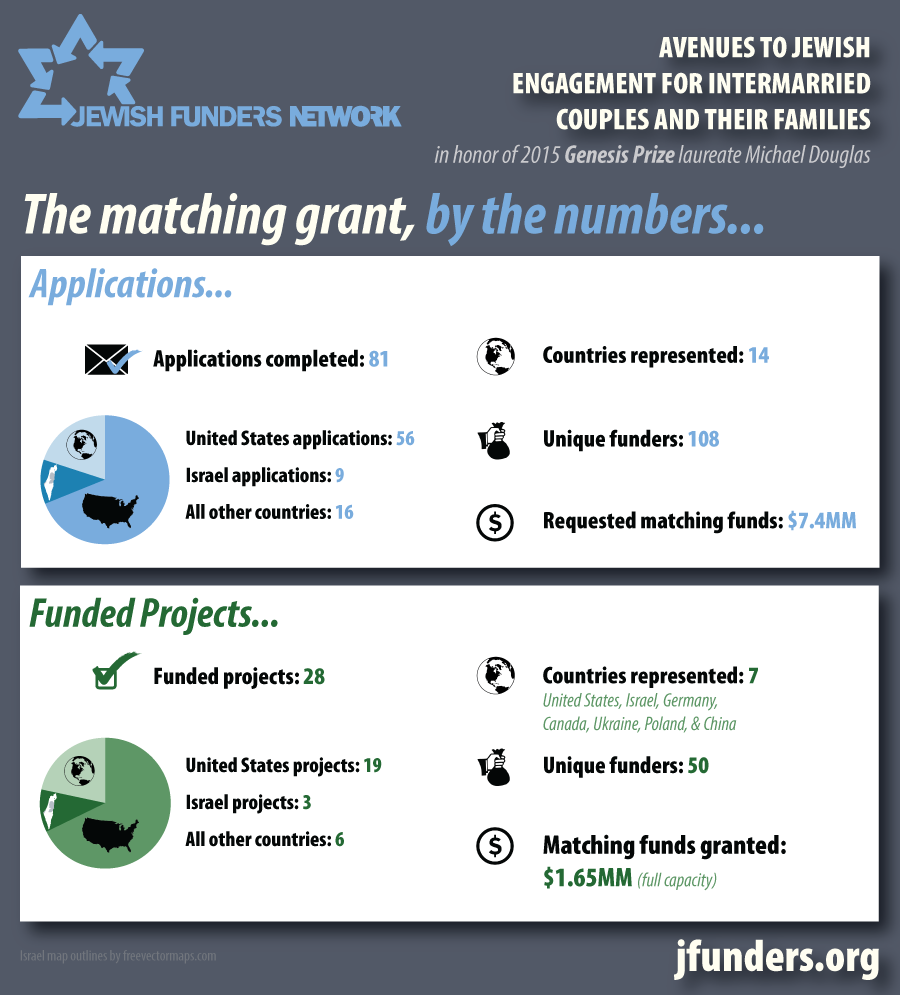 The following is a full list of grant recipients:

About The Genesis Prize

The Genesis Prize seeks to recognize individuals who have attained excellence and international renown in their chosen professional fields, and who inspire others through their engagement and dedication to the Jewish community and/or the State of Israel. The Prize, in the amount of $1 million—endowed by the Genesis Prize Foundation and awarded annually by the Prime Minister of Israel to a single individual— was established by a unique partnership among the Office of the Prime Minister of the State of Israel, Genesis Prize Foundation, and the Office of the Chairman of the Jewish Agency for Israel.

JFN is an international organization dedicated to maximizing the quality and impact of Jewish philanthropy. Our members include independent philanthropists, foundation trustees and foundation professionals. JFN leverages the power and the creativity of networks to produce change in the world. The Matching Grants Initiatives of JFN are part of an innovative strategy to increase the base contributions of donors for a given field of Jewish philanthropy. Since their inception in 2004, matching grants have generated over $90 million in new funding for Jewish causes. For more information please go to jfunders.org.