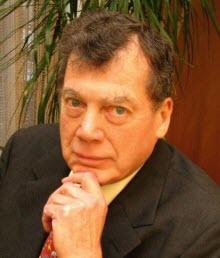 It is easy to admire Edgar Bronfman for his work going back more than four decades to win greater rights for Jews in the Soviet Union, not to mention his tireless stewardship of the World Jewish Congress, where he served as president for 26 years. He was a dogged campaigner for restitution for Holocaust victims and was a relentless fighter against anti-Semitism wherever it flared up.

Edgar Bronfman will also be warmly remembered for his unstinting devotion to Jewish philanthropic causes. The Bronfman Youth Fellowship in 1987, which brings together Jewish high school students from Israel and North America, the launch of MyJewishLearning.com and the revitalization of Hillel are but a few of the many accomplishments that help comprise a legacy few others in Jewish life can ever hope to match.

But for me, when I think of Edgar Bronfman, I will most remember a man who was the best example of the philanthropic principles we strive to uphold at JFN both as an organization and among our membership. We take on difficult issues and make hard choices, but always when guided by such principles as tikkun olam, equality and respect. Those were among the guideposts for his philanthropy.

Edgar Bronfman once told The New York Times “I would like every Jew to be as comfortable in his skin as I am in mine.” No doubt, his passion, drive and outsized generosity helped make that possible.