Is there a relationship between Israel’s dependence on rain and the traits and values we developed as a people?

Golda Meir famously complained that Moses dragged us through the desert for 40 years to bring us to the only place in the Middle East that has no oil. Poor Golda had no way of knowing that 40 years later we would discover the natural gas reserves of Tamar and Leviathan off the coast of Israel, but that’s beside the point. She was correct in asserting that the Land of Israel is unique among all the Middle Eastern countries—in part because of oil, but mainly because of another precious liquid: water.

In antiquity, Egypt and the Mesopotamia, the two poles of the Fertile Crescent,  traded dominance of the Eastern Mediterranean back and forth. These first advanced civilizations had one thing in common: mighty rivers that guaranteed prosperity and fertility. Indeed, until the Aswan dam was built in 1970, the Nile would, each August, flood its shores for miles, depositing rich fertile silt upon which Egyptians would farm. “Akhet”, “the Flood”, was so predictable that the Egyptians timed their seasons around it.

Likewise, in Mesopotamia, the Tigris and Euphrates are a permanent and reliable source of water. Babylonians farmed on the flood plains that those two rivers created. They also learned how to build irrigation canals to protect themselves from fluctuations in the river levels.

The Land of Israel, however, was different. It has no alluvial plains; it’s a thin sliver of mountainous terrain stuck between the desert and the sea. There’s no major river and no regular floods to deposit nutrient-rich silt onto the land. In fact, until modern Israel introduced desalinization, the Land depended exclusively on a short rainy season. Rains tended, from time immemorial, to be capricious and unreliable. That is still the case today; we are now in the midst of a low-rain spell that has already lasted six years. One more and we’ll have the seven lean years all over again. So precious were rains for ancient Israelites that they named them: the first rain of autumn is called “Yoreh” and the last rain of spring is called “Malkosh”. In between the two, we hope for “Matar,” the strong rains of winter. (All these fall under the more generic term “Geshem”.) 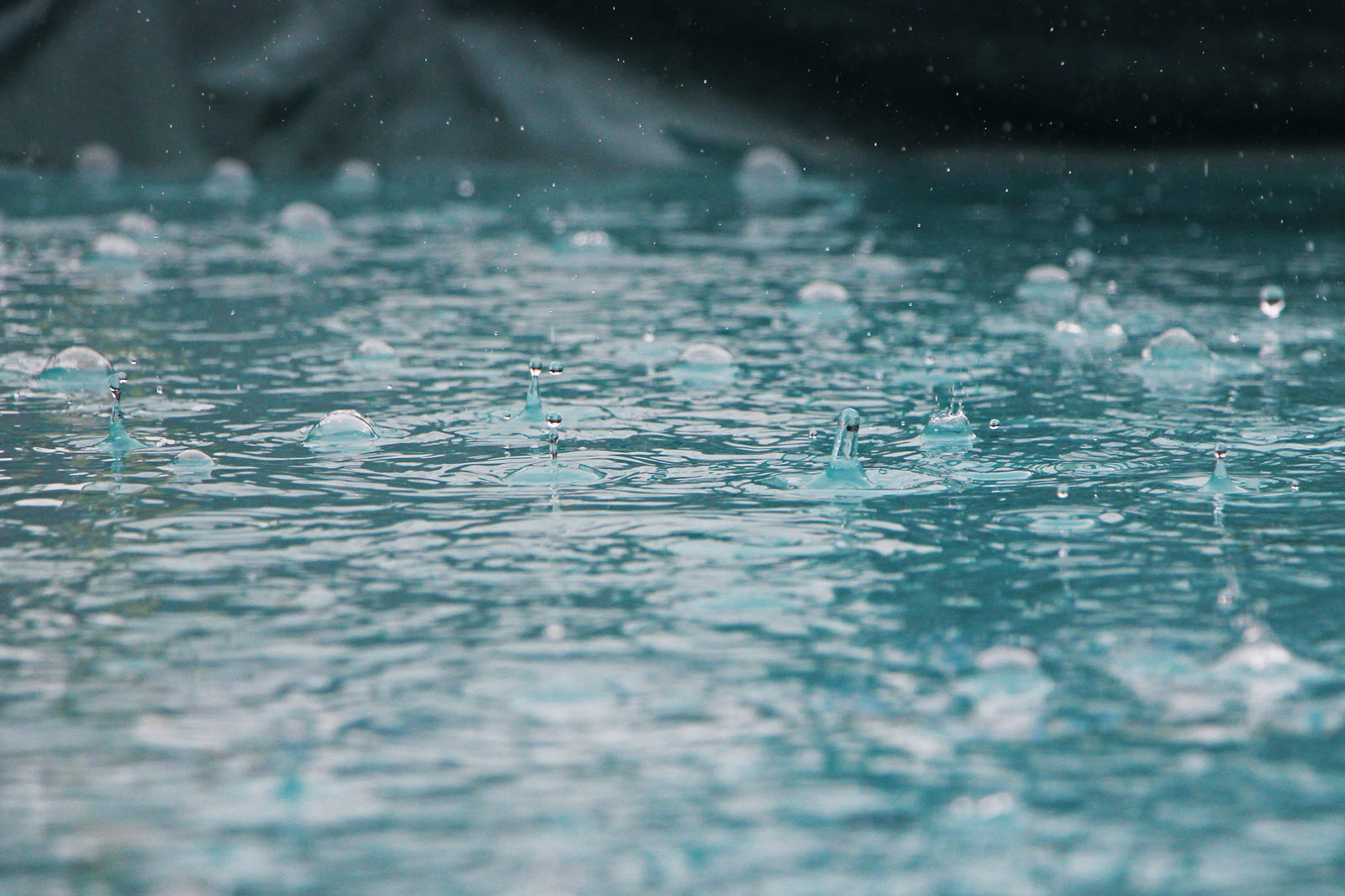 Is there a relationship between Israel’s dependence on rain and the traits and values we developed as a people? Eliezer Schweid, and other Jewish thinkers, propose that there is.

The uncertainty of rain in the Holy Land was critical, many believe, to the development of an advanced moral conscience in Judaism, one that assumed that God and the universe is not indifferent to our words, deeds, and thoughts. The Nile will deposit its silt every year like clockwork regardless of how the Egyptians behave toward one another (or toward their slaves); ancient Israelites, meanwhile, tried to identify a sensible pattern: When we behave morally and respect our covenant, rain falls.

Naturally, that pattern didn’t always hold, but then instead of abandoning the whole idea, we enriched it. First of all, we became obsessive searchers of our own failings (Maybe we are not aware of how evil we are) and we kept perfecting our moral framework. And, secondly, we understood that reward and punishment are more complex and nuanced than a linear quid pro quo; thus we enriched our moral philosophy, making it more multifaceted and long-term; because the vagaries of the yearly rain cycle didn’t correspond exactly with how we behaved that specific year, we learned to believe in a longer arc of history that bends, if ever so slowly, toward justice.

There’s more: River cultures tend to favor big governments and unequal societies. Both the Egyptians and Babylonians created canal systems to make full use of the floods, and that required a massive workforce: corvée labor (enforced temporary enslavement by the government), outright slavery, and a strong government that can develop ambitious programs of public works were all indispensable. Needless to say, those that controlled access to the river had an incredible amount of power, and, as we can learn from the biblical story of Joseph, the government needed to be heavily involved in stocking, administering, and delivering grain. River-based economies can generate massive wealth, and even security against hard times, but at the price of authoritarianism and stark inequality. 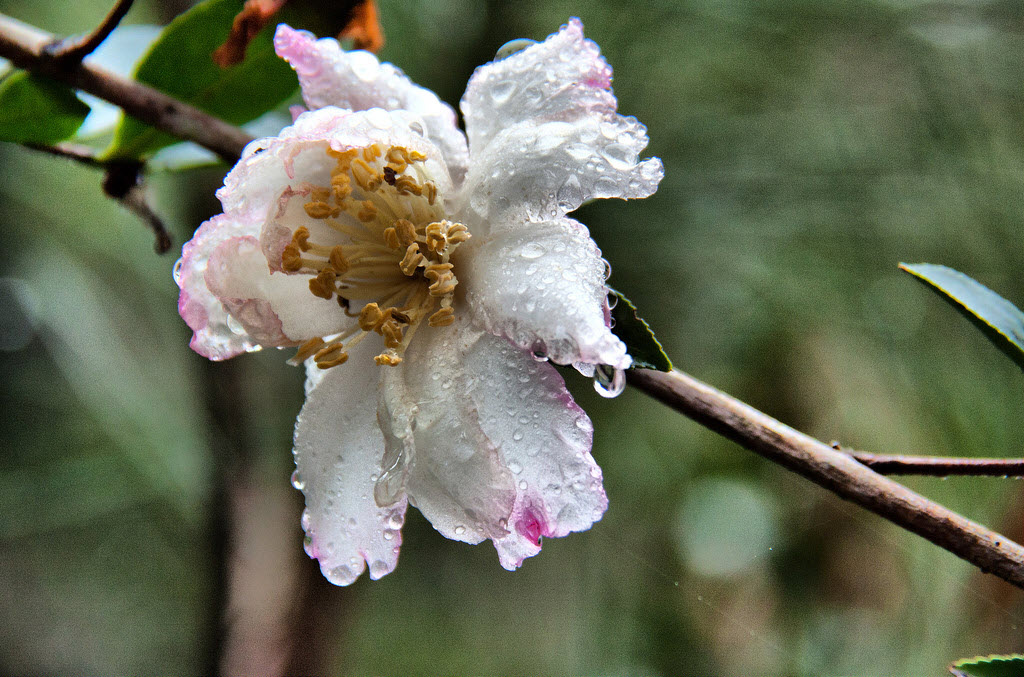 In contrast, a “rain culture” tends to be more egalitarian. Whether it rains or whether it doesn’t, that holds true for everybody. Be as rich as you want, but you still can’t ever make it so that it rains for you and not for your neighbor. A rain-dependent economy, and a mountainous landscape, favors small, family-based farmsteads instead of the huge estates of Egypt. This, in turn, incentivizes inventiveness and entrepreneurship by each family. The only thing the government can do is build cisterns for some of the cities, but the entire economy can’t depend on that.

But besides self-reliance, our rain culture pushed for two more things: community and solidarity. In bad times, we have only each other to rely on. In the absence of a huge imperial government that can stock and deliver grain, community and strong bonds of solidarity become critical.

In sum, our dependence on rains may have helped us develop a moral conscience and a network of generous communities, and that became the bedrock of our culture.

During Sukkot, water is a much as a protagonist as the sukkah. When the Temple stood, a highlight of the holiday was a joyful water-drawing ceremony. This is the time of the year in which we look up to the sky and pray for the “Yoreh” to come. We’ve atoned for our sins on Yom Kippur; we’ve cleansed ourselves of those misdeeds that could have brought a drought upon us; we’ve renewed our hearts and, armed with the resolve to change and improve, we beg God for rains and prosperity.

We know today that rain is an atmospheric phenomenon, completely indifferent to our deeds and prayers. We rightly condemn religious voices who blame hurricane victims for their plight, citing some supposed (and always politically valent) immorality du jour. And yet, if not workable as a declaration in prose, a poetic assumption that our goodness and morality will bring about rain is not primitive. Rather it’s a beautiful metaphor. Believing that what we do and say matters is not archaic. Believing that our needs and responsibilities are communal, not individual, that we need to rely on each other, that our future depends on how we treat each one another, is a timeless idea, one that Judaism perfected over millennia of mutual solidarity. 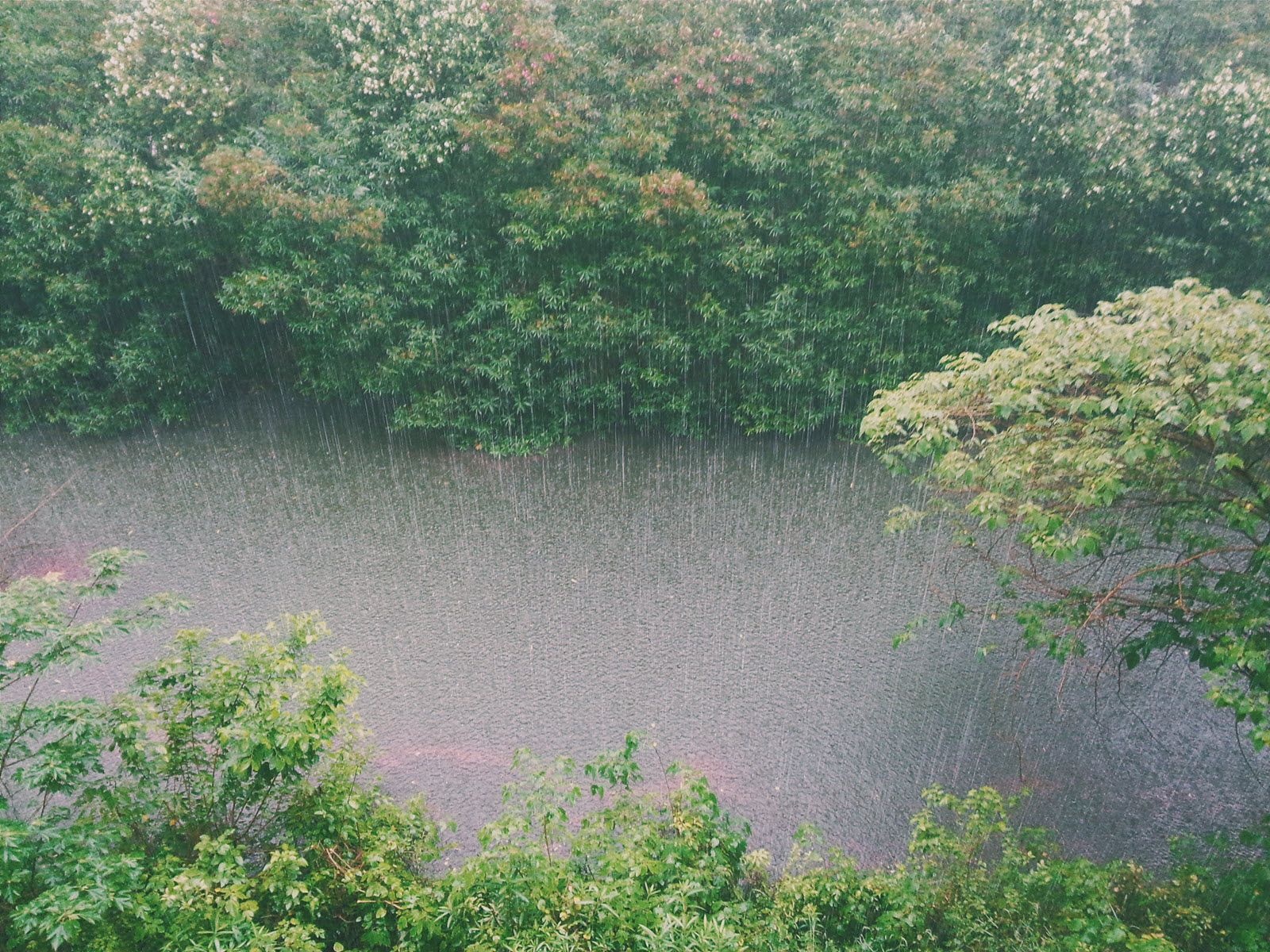 Most of us live today in a “river culture”. The supermarket is always well stocked, like the waters of the Nile. It seems that regardless of what we do, thousands of trucks will deposit food on our tables like the Nile deposited silt on the fields. In this culture of abundance, it’s easy to forget that we still need each other, like the ancient Israelites in times of drought. In our modern Egypt, our moral behavior doesn’t seem to matter; it’s not valued or rewarded. The Nile seems to continue its timeless cycle of swelling without regard to our misdeeds. It even seems that those who behave the worst get the best plots by the river. And, like ancient Egypt, the ability to generate wealth and security seems to bring with it a vast amount of inequality and centralized power.

And yet, in this time of festival, we are commanded to commune with our rain-dependent heritage. To live in flimsy huts like our forefathers and relate to everything we have as something that we can’t take for granted like the flood of Nile—as a unique blessing that we might have not earned.

So maybe the best way to celebrate Sukkot is to feel some of that anguish that Israelites felt while looking at the cloudless autumn sky, to believe that what we do or say changes our future and the future of the world. Maybe we should tremble in front of the uncertainty of life and understand that compassion, solidarity, and love are the best protections against the whims of fate. Maybe we should watch out for each other as if there was no Nile. Maybe generosity and decency are the best antidotes to the drought of the heart. Maybe moral behavior is not an anachronism but something as vital to us as water.

In this season, we ask for “Geshem Bracha”, rain of blessing. We may not be able to bring rain, but we do have the power to bring blessings upon the land and upon each other. That is something that no river in the world can give us.