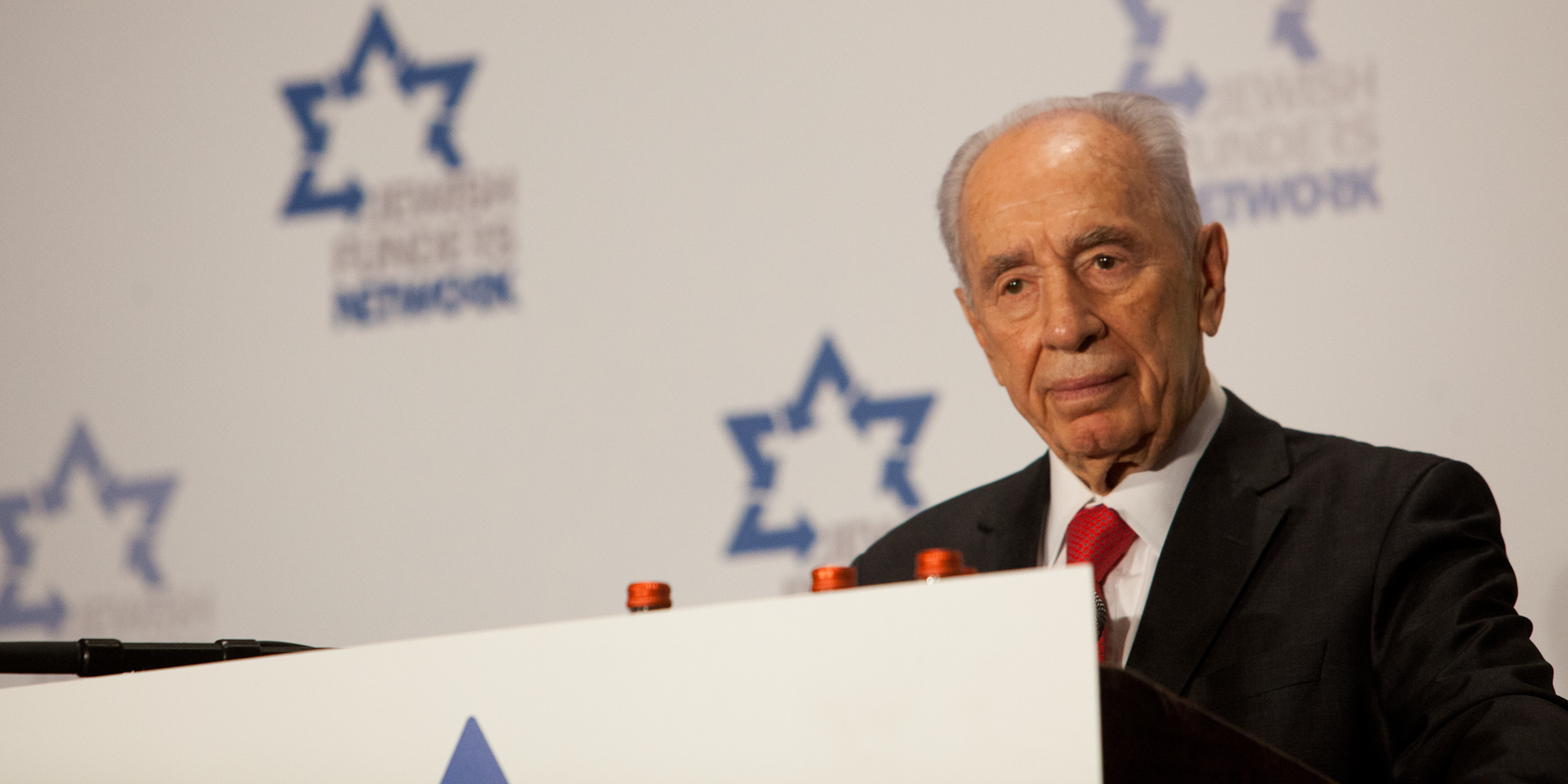 Jewish Funders Network mourns the passing of Shimon Peres z”l, a true giant of the State of Israel, of the Jewish people, and of peace. In an incredibly long and distinguished career, Peres served Israel as a diplomat, legislator, Prime Minister, and President. As a Nobel Peace Prize Laureate and elder statesman, Peres was an exemplar for all the world.

JFN's first conference in Israel, in 2008, opened unforgettably at Beit Hanassi, the President's House, where President Peres both welcomed us and challenged us in our work.  Then, in 2012, addressing us at the JFN Conference in Tel Aviv, he went even further, laying out a new agenda for Jewish life today. (Click here to watch that speech.)

Today it is especially important to remember three points that President Peres made In his 2012 JFN address. First, the importance of dissatisfaction:

What is the greatest contribution of the Jewish people to the rest of the world? I would say dissatisfaction. A good Jew cannot be satisfied, really... Generation after generation you will find the Jewish people at the forefront of changes, of thinking, of revolutions... Why? Because we don't sleep. We are not satisfied. We are always in search, always looking for something new, something different, what we call tikkun olam.

For Jewish philanthropists, this kind of productive and creative dissatisfaction is deeply ingrained in us. It's why we're driven not only to give, but to work hard to give effectively. Shimon Peres certainly embodied that ideal; to the end of his life he was never satisfied to let others do the work of improving the world. Even after "retiring" from the presidency at an advanced age, he stayed active and influential for the public good.

Second, the nature of leadership in the modern world. "Leadership in our time is not to be on top," President Peres reminded us, "But to be ahead." True leaders serve people and help them to move them forward, not simply rule them by compulsion. President Peres joked—or perhaps it wasn't such a joke at all—that he was able to get more compliance from people in the seemingly symbolic office of President, an office of influence, than he had been in the seeimingly more powerful office of Prime Minister, an office of compulsion. This lesson is an important one not only for political leaders but also for funders, who may be tempted to use the power of the purse aggressively, when a lighter and more egalitarian touch might be a more effective way to meet our goals.

Third, President Peres said this: "I believe we have to educate our children how to dream, not how to remember."

This is a challenging statement—a surprising one, and some might even think a dangerous one. After all, the Jewish community has enshrined memory as a vital and sacred ideal, and rightfully so.

I don't believe Peres meant to deny memory its rightful place. What he did want to remind us was that however important memory may be, our visions for the future are even more indispensable. And, he noted, machines can greatly help us to remember the details and analysis of the past. But machines can't dream for us. To dream is a human capacity, perhaps the supreme human capacity. And in his long and fruitful life, Shimon Peres taught us what it looks like to dream and then to work tirelessly to turn dreams into reality: dreams of a free, democratic, stable, prosperous Jewish state; dreams of peace; dreams of equality and justice; dreams of planting the seeds of a future that we don't even know yet how to envision. Some of his dreams he was able to make fact; others have seen progress, with much more work still left to be done. It is the Jewish people's task to keep dreaming, and to keep doing, where Shimon Peres left off.

JFN members live in many countries, focus on diverse causes, and espouse a rich variety of ideologies and perspectives. But no observer could fail to be inspired by the persistent dedication and ceaseless public service exemplified by Shimon Peres. Together, as we pursue Jewish philanthropy to repair the world in all the countless and disparate ways our members represent, all of us in the JFN family will carry forward a commitment to honoring and emulating President Peres’s legacy by dedicating ourselves to leaving a better world to our children than the world we inherited.

May his memory be for a blessing, as his life was a blessing to Israel and the world. 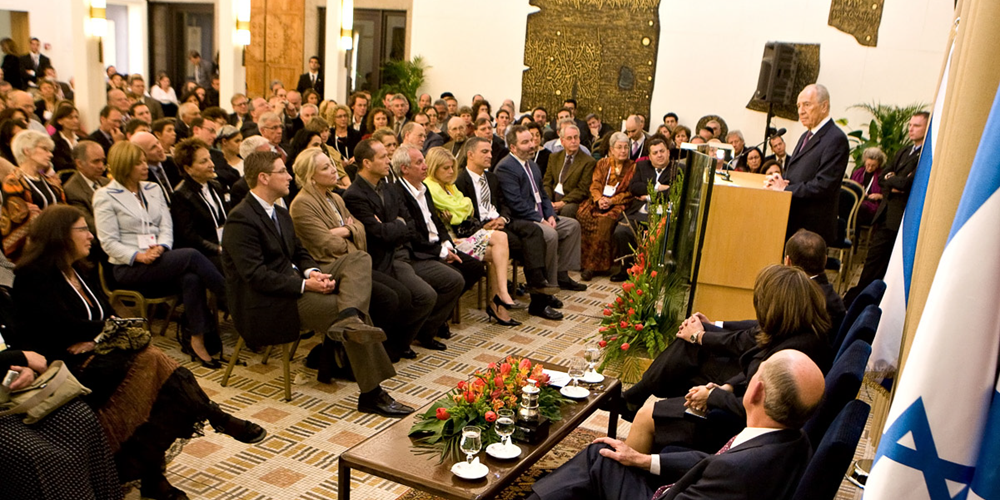 Above: President Peres addresses the 2008 JFN International Conference at the Presidential Residence in Jerusalem. 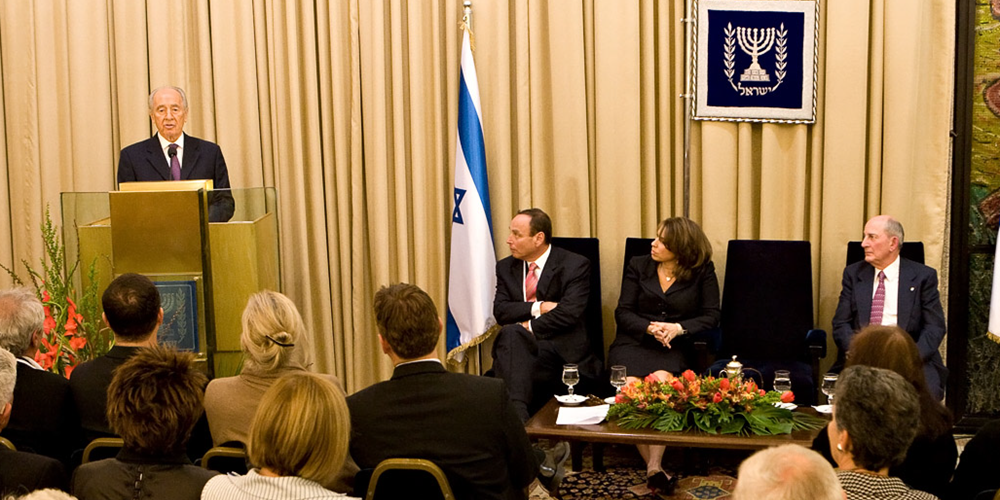 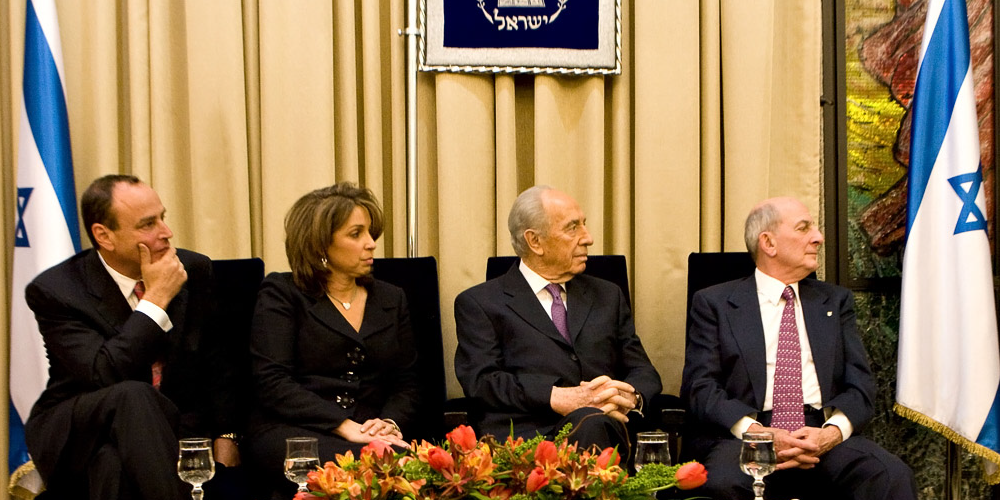 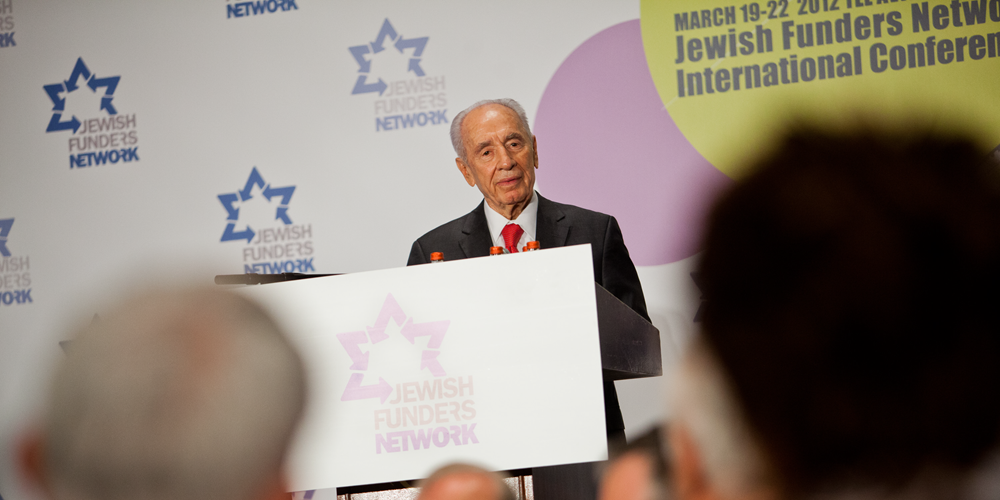 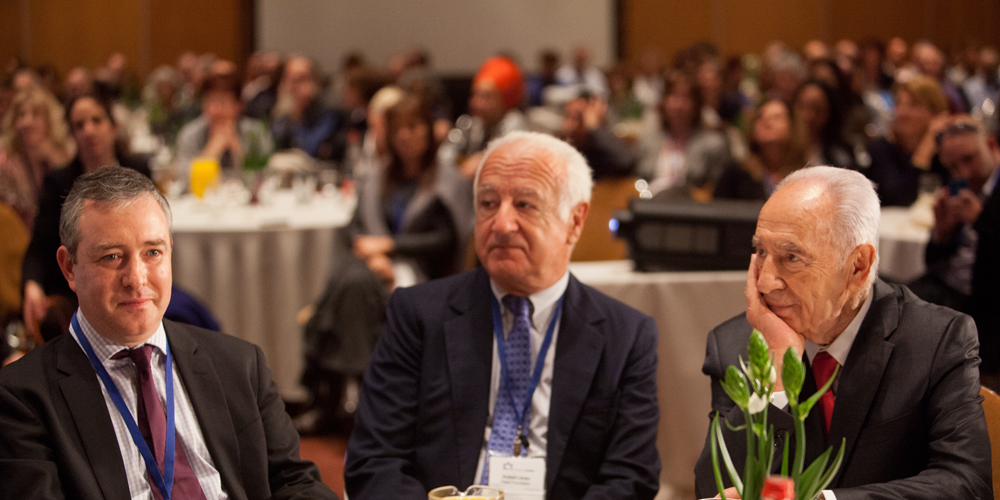 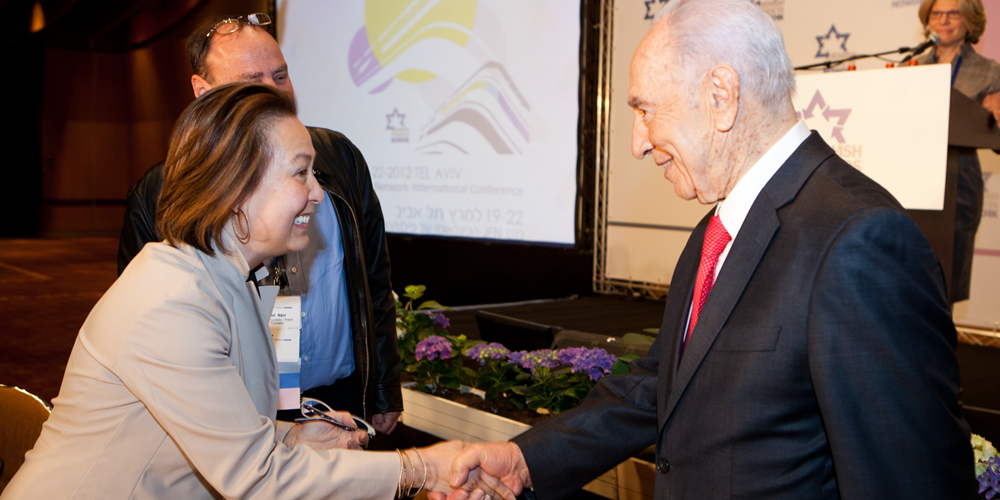 Above: President Peres with JFN Board Co-Chairs Angelica Berrie and Avi Naor