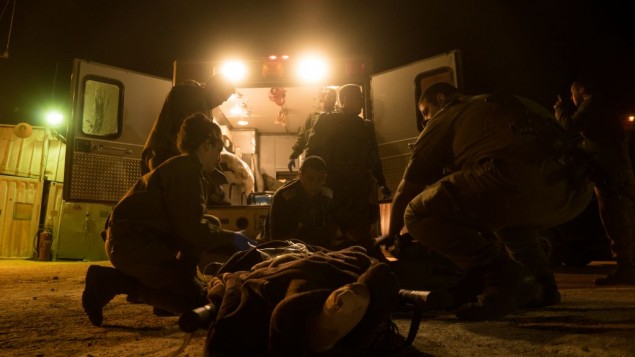 An intimate roundtable discussion with General Yoav "Poly" Mordechai, the head of COGAT (Coordination of Government Activities in the Territories), and Ghassan Aboud, a successful Syrian businessman and a true humanitarian now living in Dubai. The discussion will be moderated by Dr. Georgette Bennett, co-chair of Jewish Funders Network and founder of the Multifaith Alliance for Syrian Refugees.

Mr. Aboud is one of Syria’s most successful businessmen, a philanthropist and the founder of Ghassan Aboud Group, which oversees numerous businesses, including Orient News TV that broadcasts throughout Syria, Jordan, Saudi Arabia and the UAE. Mr. Abboud has been a target of both the Assad regime and ISIS. He has been a major source of humanitarian relief in Syria, through Orient for Charity and Human Relief, which serves millions  of Syrians displaced or injured by the conflict, including though eight large hospitals; various clinics; a camp for displaced persons on the Turkish border; and a range of other operations that provide direct aid and educational and social services.

Poly Mordechai is a Major General in the Israel Defense Forces and, since 2014, has served as the Coordinator of Government Activities in the Territories (“COGAT”). COGAT’s mission is to promote and implement Israeli policy and facilitate humanitarian, economic, education and infrastructure projects in the West Bank and the Gaza Strip, as well as to coordinate Israel’s “Operation Good Neighbor,” program. Through this program vast amounts of humanitarian and medical relief have been sent over the Golan Heights into Syria; injured and sick children and adults have been brought into Israel for medical treatment; and support has been provided for refurbishing a hospital, establishing medical clinics, a bakery, and an array of other facilities within Syria. Previously, General Mordechai served in the Intelligence Directorate, was Chief of Civilian Administration in the West, and was the IDF Spokesperson.