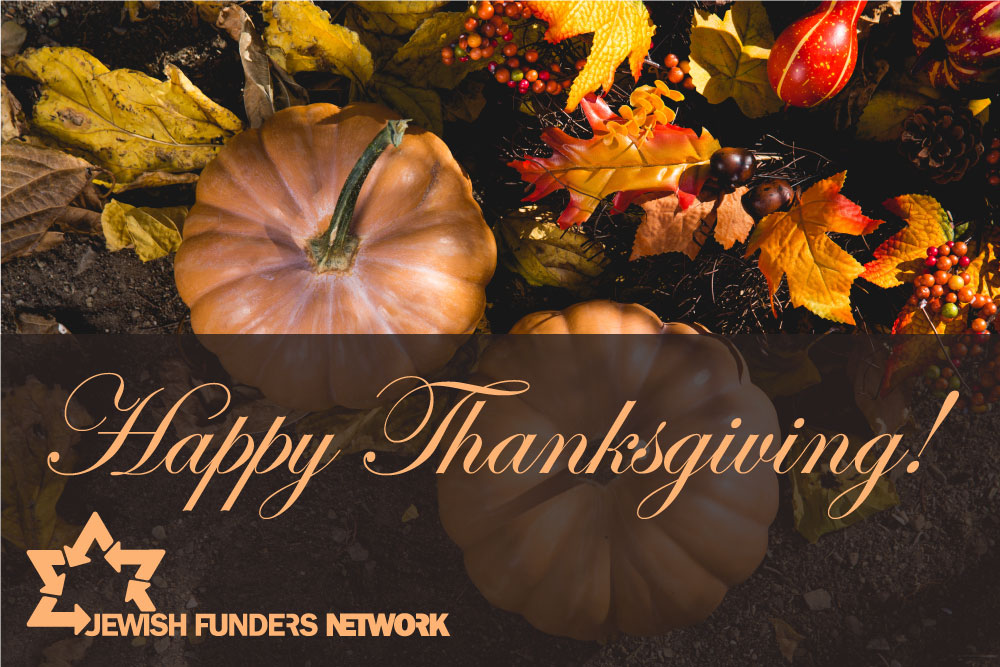 We wish all our members in the USA a happy and meaningful Thanksgiving.

DAFs also may be problematic because of a feature that often is seen as an advantage: Unlike private foundations, which are required by law to disburse 5 percent of their holdings each year, DAFs have no such restriction. In a letter to Congress in July, Ray Madoff and Roger Colinvaux... wrote that even as the amount contributed to DAFs has risen in recent years, charitable giving overall has stagnated. “This suggests that DAFs are not increasing overall giving, but instead are attracting dollars that would otherwise be contributed to active nonprofits,” the professors wrote.

Spokoiny echoed that concern, saying that DAFs could potentially become vehicles for donors to “park money.”

While diversity and disagreement are neither new nor inherently problematic for the Jewish people, the level of disharmony among Jews today seems unprecedented. Because of the uphill nature of addressing this issue, and the natural tendency to prioritize more tangible short-term objectives, there remains a clear lack of financial and intellectual investment in this area.

Megan O'Neil, The Chronicle of Philanthropy

The strength of relationships between grant-making organizations and their grantees largely hinges on individual program officers, the report states; specifically, their understanding of and approaches to supporting nonprofits’ work.

An introduction and a report on strategy and action.

Revenue Up But Public Support Declined For United Ways

Giving circles are also notable in that they are women-dominated. Of the 706 circles to describe a common gender identity, 640 were led by women as compared to 42 for men and 24 for members of the LGBTQ community. Overall, 76 percent of participating giving circles indicated that women made up more than half of members. Just 12 percent of groups reported that men made up the majority.

Happy Thanksgiving, Shabbat shalom, and have a great weekend!