The Past & Future of the Jewish People, in One Summer Internship

With the names Mairav and Yamila, we can never find our names on keychains in gift shops. But just through our names—Mairav Aloni and Yamila Saiegh—you can begin to glimpse our family histories. Through interning at Jewish Funders Network this summer, we have had the opportunity to share our backgrounds with each other, listen to the experiences of those around us, and learn more about philanthropy and the changing Jewish world.

We are from different places, go to different schools, and study different things, but we have one vital thing in common: our Judaism. Between the two of us we realized that we embody much of recent Jewish history. We demonstrate the incredible diversity in our history.

Mairav: On my mom’s side, my grandpa grew up in the shtetl of Drobnin, Poland. “We were poor, but it was a good life” is what he always said of his memories from Drobnin. Born in 1919, he was already well into his teenage years when the Nazis invaded; after some time spent in a ghetto, sneaking out to work on a farm so that he could get more food for his family, he was caught and sent first to jail and then to Auschwitz. My grandma was born in Poland as well, but her family escaped to what was the Soviet Union. Her father’s refusal to serve in the Soviet army sent her family to Siberia, where they remained for the remainder of the war. My grandparents met and got married following the war in a displaced persons camp in Germany, before moving to the United States, where my mom was born and raised. On my dad’s side, my grandpa was born in Poland and his family fled to Russia and then to Siberia, similarly to my maternal grandma. He was in a displaced persons camp in Italy and eventually immigrated to Israel. My paternal grandma was born in what was then Palestine. My dad is Israeli, and is the third child out of eight.

I grew up hearing many stories, some heartwarming and others difficult, over Shabbat dinners spent with my immediate family and maternal grandparents. Twice a year, I attend gatherings of survivors and their offspring from my grandfather’s town of Drobnin. Traditions were always central to my family life: attending programs and services at my synagogue, baking hamentashen every Purim with my grandma, visiting family in Israel. These experiences have made me feel deeply rooted to my Jewish identity, and have shaped who I am and how I see the world.

Yamila: My family history is quite diverse, with my Ashkenazi mother and Sephardic father. My mom’s side of the family came from Russia and Poland. My great grandparents in Poland were from a town called Slochof, in what was then Belarus. My great grandpa immigrated to South America in the years before the Holocaust and managed to raise enough money to bring over his youngest brother. The rest of his family, unfortunately, was not able to escape and their fate still remains relatively unknown. My dad’s side of the family comes from Damascus, Syria and Beirut, Lebanon and moved to Argentina as a result of rising antisemitism and decreasing economic opportunities. My family has lived in Buenos Aires, Argentina since then and continues to be a part of the Jewish community there, the largest in Latin America. My immediate family moved to Miami for similar reasons as our ancestors, due to an economic crisis which led to increasing antisemitism and insecurity. Although we are not religious, Judaism has always been an integral part of my family, with a huge focus on the traditions and values. Miami is a city of immigrants, many of whom immigrated without their families; there, we have created our own community and family, with weekly Shabbat dinners serving not as religious events but as nights to socialize and connect with the families around us that soon become like extended aunts, uncles, and cousins. Because most of our community directly escaped oppression and persecution, there is a strong connection to the religion that binds us. 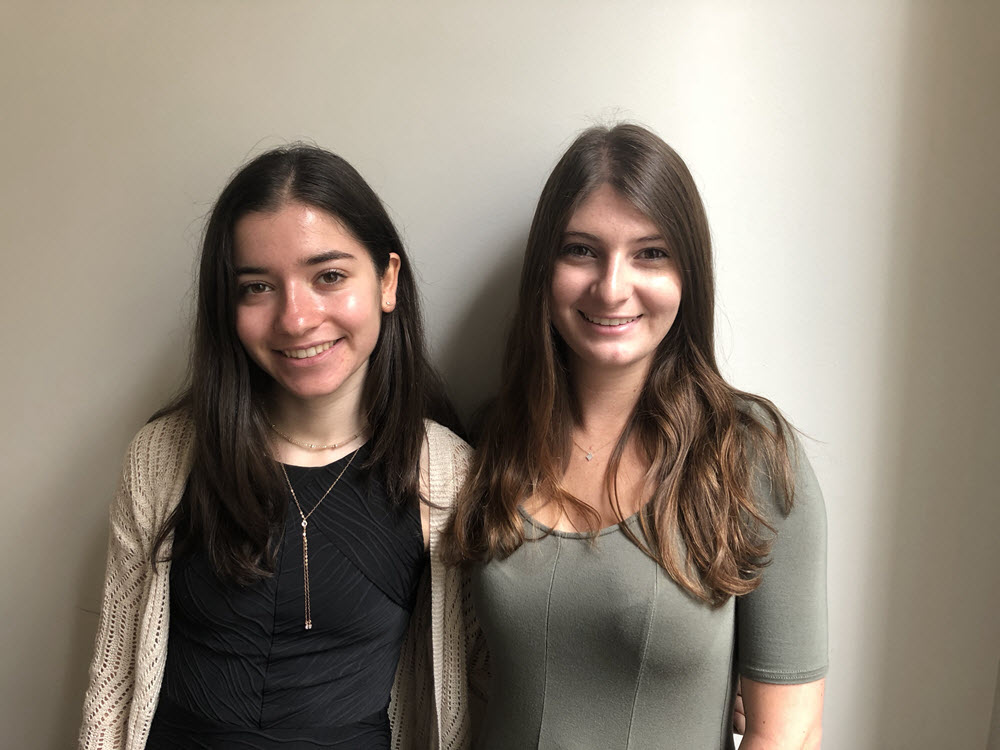 During our JFN internship, we’ve been able to learn more broadly about Jewish diversity, connection, and community. Communities have ultimately been the reason that we each have felt so attached to our Jewish identities, shaping us as people and guiding our paths; even as we navigated new experiences in college, Jewish organizations on campus felt welcoming due to the sense of familiarity, and JFN is no different. This internship welcomed us with open arms and open minds, with every staff member wanting to get to know us, genuinely curious about who we are and what our goals are. The Jewish environment allowed us to be our genuine selves.

Throughout the internship, we were able to get a more in-depth look at what Jewish philanthropy is, and what guides it. We’ve discovered that while different funders have different values and priorities, the guiding light for Jewish philanthropy overall is commitment to ideals like education, charity, and justice, which allow us to focus our energy into positive change. Jewish Funders Network is unique because it forms its own Jewish community, one that revolves around philanthropy and Tikkun Olam. It unites Jewish funders who may differ in political opinions, religious denominations, nationality, philanthropic interests, and more, while giving to a wider community than those that the funders themselves are a part of.

Despite what we, as a people, have been through, our collective commitment is still to equality, philanthropy, and peace. The future of the Jewish people and Jewish giving seems bright. There will always be obstacles in our way, as that is the plight of a minority group such as the Jewish people. With the Israeli-Palestinian conflict increasing in tension, antisemitism getting worse in Europe, and U.S. policy being unstable and unclear, there is little doubt we will continue to face difficulties. But just as there is little doubt about the bumps ahead, there is little doubt about us overcoming them. Jewish people will continue to fight for what we believe in; it is in our DNA, it is what has allowed us to survive and thrive after millennia of persecution, and it is what will allow us to continue towards a better future. As long as we are adaptable and persistent, there is very little we cannot face as a community. And luckily, adaptability and persistence are two traits Jews have all but perfected at this point.

We are very grateful to have been able to immerse ourselves in a community that means so much to us, and we hope to take what we have learned here and apply it in our personal, professional, and charitable futures.

Mairav Aloni is from White Plains, NY, and is a rising sophomore at Tufts University in Medford, MA studying Biology and Engineering Psychology. She aspires to one day become a physical therapist. In her free time, Mairav enjoys running, baking, and spending time with family and friends.

Yamila Saiegh is originally from Buenos Aires, Argentina but moved to Miami, Florida when she was young. She is a rising senior at Vanderbilt University in Nashville, Tennessee double majoring in Human & Organizational Development and Sociology. When she is not studying or participating in clubs and organizations, Yamila enjoys exploring Nashville, watching Netflix, and hanging out with friends.