Israel Builds - The Push for Affordable Housing in Israel 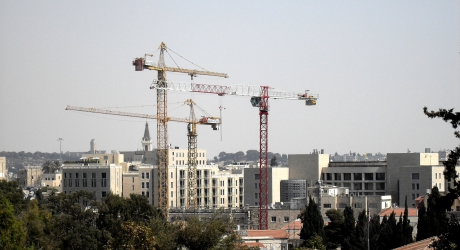 The lack of affordable housing is one of Israel’s most pressing domestic issues, documented most recently in the State Comptroller’s Report on the Housing Crisis. Because there is no multi-family rental market in Israel, almost all rental apartments are owned by individuals -- an unregulated market where neither landlords nor tenants have legal protection. Israelis who do have means are investing in more than one apartment, as rental income is only taxed above 5080 NIS. Since it can take upwards of 13 years for the planning process and permits needed to construct a new building, it is no surprise that rents saw a 50% increase (30% increase in real terms) from 2008 to 2013. Demand for housing is soaring while supply is thwarted.

In most Western countries, including the United States, there are legal frameworks that support stable rental markets, balancing the needs of tenants with those of owners. In Israel, the government, in effect, removed itself from the housing market in 1977 when the country began to move from a socialist to neo-liberal economy, resulting in the current crisis. Lack of affordable housing is causing new immigrants, young couples, students, and single-parent families to despair of their future--when they are Israel’s future.

A flourishing affordable housing market can also be the lever for community revitalization in underdeveloped Israeli cities that are close to the country’s center of employment.

Since 2008, the Revson Foundation has been deeply engaged in the challenges associated with affordable housing in Israel. In Israel’s new government, affordable housing—especially rental housing—is likely to be a top item on the agenda.

Join Julie Sandorf, Revson’s president, for a debriefing on affordable housing in Israel, its challenges and opportunities, as well as what models and tools can be adapted from decades of successful American experience in New York, Boston, St. Louis, and other urban settings. Julie will be joined by Dr. Emily Silverman, founder of the Urban Clinic at Hebrew University, an an academic body that provides state of the art knowledge about what works in housing, urban regeneration, and community planning, to ensure that the current and next generation of urban practitioners are equipped with effective tools and skills.