Israel may be headed toward what some are calling a crisis of democracy.

According to media reports, Israel's incoming governing coalition in the Knesset may seek to pass a law that would drastically change Israel’s system of government. Under the proposed law, whenever Israel’s Supreme Court overturns a law passed by the Knesset or an action taken by a government ministry for being against Israeli Basic Law (the rough equivalent of courts ruling laws unconstitutional in the U.S.), the Knesset would be able to vote—by simple majority—to override that Supreme Court ruling. This would severely weaken the judicial branch by effectively removing its power to hold the Knesset and ministries accountable to Israeli Basic Law, and virtually eliminating the important democratic principle of checks and balances from Israel’s political system.

Many Israelis—including JFN members of all political persuasions—are concerned about this development, and funders in the Diaspora are also following the issue with growing concern.

Join Yohanan Plesner, president of the non-partisan Israel Democracy Institute (IDI), for a briefing on state of Israeli democracy, with a focus on the potential coming crisis for judicial independence in Israel.

Scroll down to RSVP.

Related article by IDI: It’s the Knesset, not the Court, that has potentially dangerous, unchecked power 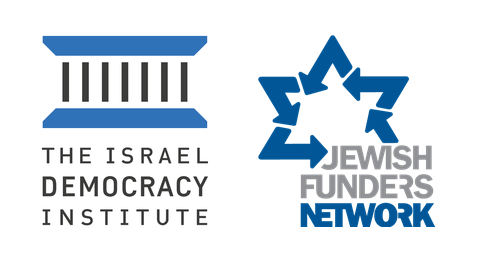