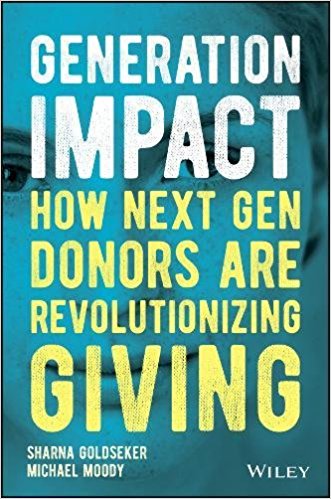 Meet the next generation of big donors—the Gen X and Millennial philanthropists who will be the most significant donors ever and will shape our world in profound ways.

For those just entering the field, networking with those more senior can result in access to years of acquired wisdom and potential mentorship opportunities. As a member of the Jewish Funders Network, I was the inaugural member of the JFN Young Funders Pilot Program. In this role, I have helped the pilot program to target the younger demographic and then work to integrate these younger members into the larger organization.

Now more than ever, MAZON recognizes the need for anti-hunger movement leaders to respond quickly to pressing issues that will disproportionally impact the lives of food insecure people. MAZON’s Quick Reaction Fund (QRF) addresses this need by providing assistance for special initiatives and actions around the country that may emerge at a moment’s notice and for which a targeted and strategic action will result in a meaningful response.

Taxes and Giving: What to Look for as Trump Seeks an Overhaul | Alex Daniels, The Chronicle of Philanthropy

The president and legislative leaders have said the charitable deduction, which nonprofit leaders say is a key driver for many donors, will survive. But Congress is likely to consider limits on the deduction, such as a cap on the value of gifts that can be written off.

How to Succeed on a Nonprofit Board | Daniela Barone Soares & Jon Huggett, SSIR

Nonprofits actively court trustees from the business sector, believing their experience will add a lot of value to the organization, but many of these recruits don’t appreciate the complexity of the sector or the need to learn how to be a good trustee. As a result, they stop being the observant, motivated people they are in their for-profit roles. They stop thinking critically.

Whites fill 90 percent of board seats and CEO positions, according to BoardSource, a research and support organization for nonprofit boards. More than a quarter of boards are all-white.

According to a recent study by the Center for Effective Philanthropy, fully two-thirds of foundation CEOs believe it is possible for foundations to make a significant difference in society — but few think they are actually doing it. Why? Most cited internal organizational barriers that are under their own control to address: too many goals, lack of agreement on goals, undisciplined implementation of strategies, lack of long-term commitment, and … fear.