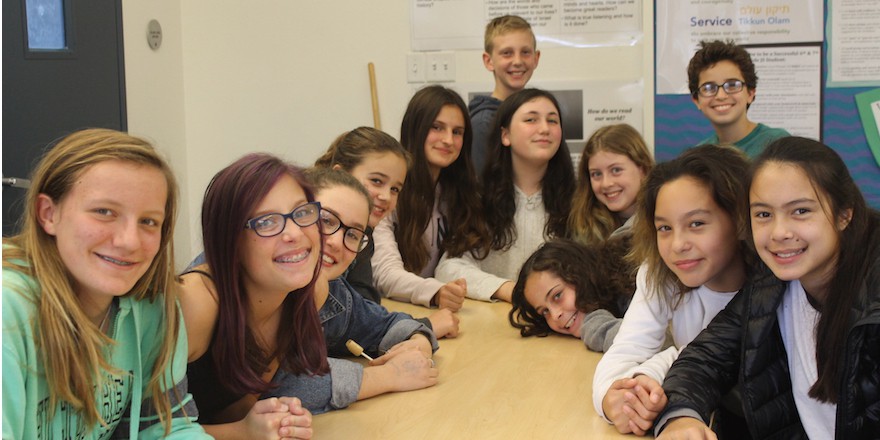 While remarkable, these young do-gooders are far from alone: Teen philanthropy is a growing trend in the Jewish community. According to the Jewish Funders’ Network, U.S. Jewish teens gave more than $1 million in total during the 2015-16 school year.

“That’s a reflection that teens are continuing to develop their identities,” Briana Holtzman, the director of the Jewish Teen Funders’ Network, an umbrella for programs like the Brandeis School’s, told JTA in March. “They can give to the Jewish community and they can serve those outside of the Jewish community. There’s a real focus on the conversation, on challenging our teens to grapple with who they are.”

Forming a Picture of the New Philanthropist

“Let’s be clear: It’s downright strange,” said William Perrin, who is a trustee of several foundations and whose wife is an heiress to the Sainsbury supermarket fortune in Britain. “There is nothing normal about being a philanthropist. It’s not a conversation you can have down at the pub with your friends.”...

More than two-thirds of people in the report said they sought out philanthropic education, through formal programs, peer networks or conferences.

Related: Going Beyond Giving: Perspectives on the Philanthropic Practices of High and Ultra-High Net Worth Donors

The Continued Rise of Collective Giving

Collective giving groups, often known as giving circles, have tripled in number since 2007 and are an increasingly popular way for donors from diverse backgrounds to amplify the impact of their giving...

Related: The Landscape of Giving Circles/ Collective Giving Groups in the U.S.

The report notes five areas where major improvements are possible for the field:

Star Trek and the Future of the Nonprofit Sector

The nonprofit of the future is defined by shared administrative, operating, and fundraising support that allows each organization significant time and resources to focus on individualized programmatic work as well as collective efforts to address systemic issues.

For Big Philanthropists, Advice From Family and Peers Is Still Key to Giving, Study Finds

Many wealthy donors rely on family and peers when making decisions about giving, not necessarily on professional staff or evaluations, according to a new survey of 219 people, most of whom donated at least $100,000 in 2015.

Alex Daniels, The Chronicle of Philanthropy

Bill and Melinda Gates, Jeff Skoll, and several other superwealthy philanthropists are pooling at least a half-billion dollars to upend social systems that trap people in poverty and contribute to poor health. They said they plan to concentrate on a few causes they believe can make a difference and make pledges that will last at least five years.

A New Model of Collaborative Philanthropy

A new effort called Co-Impact is bringing together donors from around the world to better identify, align, and support opportunities for systems-level change.

Sexual Harassment is Not a Jewish Value

The Jewish communal world is full of the same kinds of people as in the secular world and that it was time to get over the pretense that “it doesn’t happen here” and the ingrained embarrassment of “airing our dirty laundry.”

Federation and Its Future: Floundering or Flourishing?

“We are going through times of tremendous and dislocating change,” said [JFNA Executive Vice President Mark] Gurvis. “And yet, I am openly optimistic.”

Putting a Jewish face on suicide

Funding came from two sources that support programming on mental health awareness: the Eric Eliezer Levenson Foundation for Hope, established by Eta and her husband Mark, and a matching grant from the Jewish Funders Network and Genesis Prize Foundation. The program, held at the JCC MetroWest, was about attachment-based family therapy (ABFT)... ABFT is the only evidence-based family therapy model designed to treat adolescent depression.

Board members who sit on boards and don’t perform is a challenge known to almost every board, especially when it comes to their roles as fiduciaries, ambassadors and fundraisers.

Strong relationships between program officers and their grantees are always important. But they’re especially important when disaster strikes.