A female has never served as JAFI’s Chair of the Executive. And, even under the archaic coalition commitments involving the choice of Chair – which JAFI’s board “claimed” to officially disregard a number of years ago – there are many prominient, capable women who should be considered. 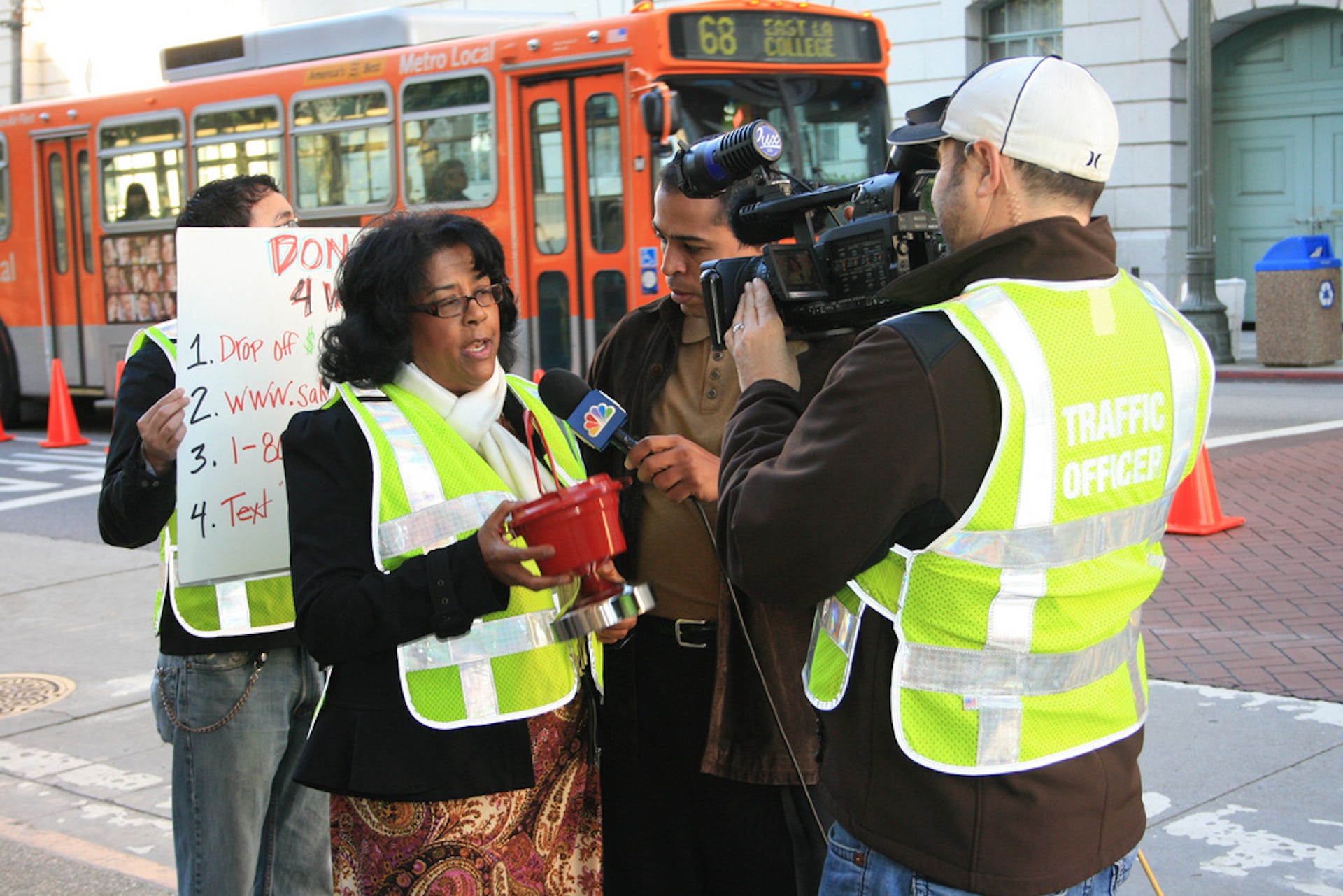 Why faith inspires people to give

For the majority of Americans, it turns out that faith plays a leading role in their desire to give and serve.

Megan O'Neil, The Chronicle of Philanthropy

Facebook will eliminate its 5 percent transaction fee for charitable donations made on the site, company co-founder Mark Zuckerberg said Wednesday, putting millions of additional dollars, and potentially much more, into the hands of nonprofits annually. Kids are the future? So are older adults!

...only about 2% of philanthropic dollars go to senior programs, and this number has remained the same over the past two decades.

In addition to the free books that PJ Library sends to more than 180,000 children in the United States and Canada each month, listeners will now be able to listen to the best in Jewish kids music, for free.

Charity Navigator, the nonprofit watchdog, will display on its website information about the work that many charities are doing to determine whether their programs get results as well as other data. That information will come from GuideStar and other organizations that collect data on charities’ programs.

We are pleased to introduce you to the inaugural issue of the Journal of Muslim Philanthropy & Civil Society, a bi-annual, peer reviewed, open access journal published by the Center on Muslim Philanthropy in partnership with IUPUI University Library, Lake Institute on Faith & Giving, and Lilly Family School of Philanthropy at Indiana University.

This Giving Platform Lets Kids Donate To Other Kids

Daymaker wants to give young people a chance to experience the power of philanthropy (with their parents money, of course).

The Agency’s board, along with the professional and lay leadership of both JFNA and UIA needs to step up to the plate, take full goverance responsibility, and select a non-politican as the next chair of the Jewish Agency. It’s Time To De-Treife Our Endowments

Yosef I. Abramowitz, The Jewish Week

The portfolio of our growing endowments is treifed-up with these contradictions. Jewish Community Relations Councils are joining with inner-city coalitions on gun control and criminal justice reform but are their community’s portfolios clear of investments in guns and private prisons? Are foundations donating to worthy Jewish, Israeli and secular environmental causes aware that their portfolio is partially fueled by investments in oil companies and other environmental offenders? What percentage of the rabbinic pension funds are making money for our spiritual leaders by undermining human dignity around the planet?

A conflict of interests: when foundations invest in arms and tobacco

How much good must a foundation do in order to justify investments in companies whose products cause harm? Take the Rockefeller Foundation, which invests some of its assets with Cerberus Capital Management, an American private equity firm that controls the gun manufacturer Remington. How many lives do the foundation’s programmes have to save in order to rationalize how the money was generated? 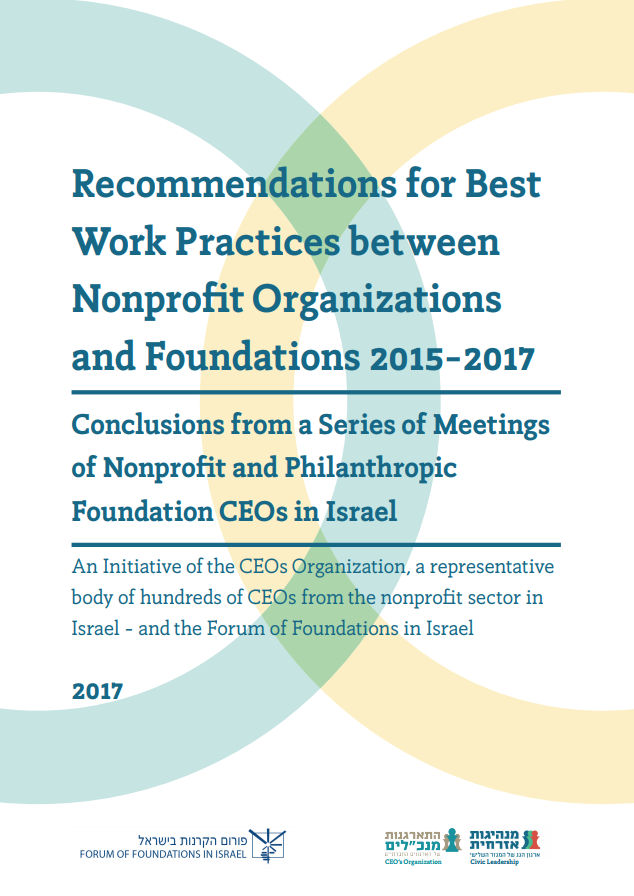 The CEOs Organization and the Forum of Foundations in Israel

Insights and methods to make working relationships between foundations and nonprofits more effective and efficient.

Young Donors Have a New Way of Giving Back

Millennials and Gen Xers have a different approach to philanthropy than previous generations, according to Sharna Goldseker and Michael Moody, philanthropy consultants and authors of Generation Impact: How Next Gen Donors Are Revolutionizing Giving.

In an Age of Change: Retooling the Jewish Community Relations Field

We are no longer one community but rather can be described as multiple pods or communities. Where once there was a shared consensus about the Jewish story, today each individual is constructing his/her Jewish storyline. The collective mythology has given way to a highly personal rendering of the Jewish message. We are residing in a post-peoplehood condition.

Develop a family narrative. Be generous together. Make it their own. Talk about social inequality... Underlying this ongoing focus on strong relationships is our belief — and an evidence base — that those relationships are necessary components of a funder’s effectiveness and ultimately impact. Using data from hundreds of Grantee Perception Reports, we find that the strength of funder-grantee relationships is correlated with higher grantee ratings of a foundation’s impact on fields, local communities, and organizations. Building Trust with Grantees is Essential

Being able to establish clear boundaries makes a difference for the program officer as an individual and as a professional, and for the organizations they support. In program officers’ eagerness to be successful — and even to be admired in the field — it’s easy to lose sight of the difference between being a thought partner and a mentor; between being a supporter and a friend; between a partner and a sister- or brother-in-arms.

It’s Time to Rethink the Final Report: How to Create a More Meaningful Feedback Loop

By embracing real-time, grantee-focused reporting, foundations will be better positioned to track short- and long-term objectives, guide grantees toward success, and use reporting data to effect change in the sector.

The Promise of Private Sector Grants in an Impact Investing World

Impact Investing Is Being Democratized—and Marginalized Communities Are Benefiting

The first comprehensive snapshot of community investing in the United States points to increased diversity and inclusion for startup funding. Foundations and impact investors should pay attention.

Shabbat shalom and have a great weekend!