Congratulations to Tova Katz of the One8 Foundation, the 2022 winner! 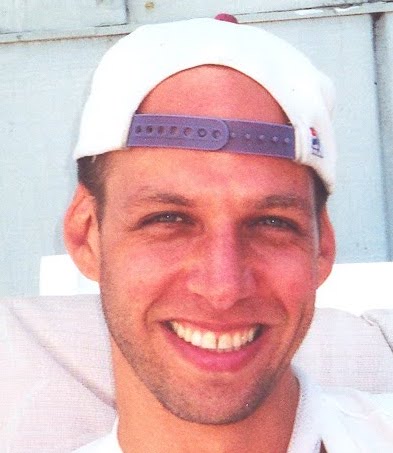 The J.J. Greenberg Memorial Award honors foundation professionals engaged in grantmaking, age 40 and under, who have demonstrated extraordinary leadership in Jewish philanthropy.

The award was created and endowed by his family, friends and colleagues as a memorial for Jonathan Joseph Greenberg following his untimely death in a traffic accident in 2002, when he was just 36. The Award is presented annually to an individual who, like JJ, has exemplified through words and deeds the highest of Jewish values and the relentless pursuit of excellence in all aspects of life.

The Award recognizes J.J. for his contributions to Jewish life and helps to advance the field of Jewish philanthropy by:

J.J. served as executive director of the Steinhardt Foundation/Jewish Life Network (JLN) from its inception in 1995, working closely with his father, Rabbi Irving “Yitz” Greenberg, the foundation’s president, and its chairman, Michael Steinhardt. JJ assisted in creating such landmark programs and institutions as Birthright Israel; the Makor/Steinhardt Center on Manhattan’s Upper West Side; the Partnership for Excellence in Jewish Education (PEJE); Synagogue Transformation and Renewal (STAR); and the Jewish Early Childhood Education Partnership. He also helped oversee national programs in conjunction with Hillel and the Jewish Heritage Program, among others. J.J. was a spontaneous personality who enjoyed a wide range of interests. Possessed of infectious enthusiasm, he spoke fluent Hebrew, took great joy in his work, demonstrated great vision, and achieved impressive results in all of his endeavors.

Recipients of the JJ Greenberg Memorial Award receive an item of Judaica and $10,000 to be used for professional development or tzedakah (charity).